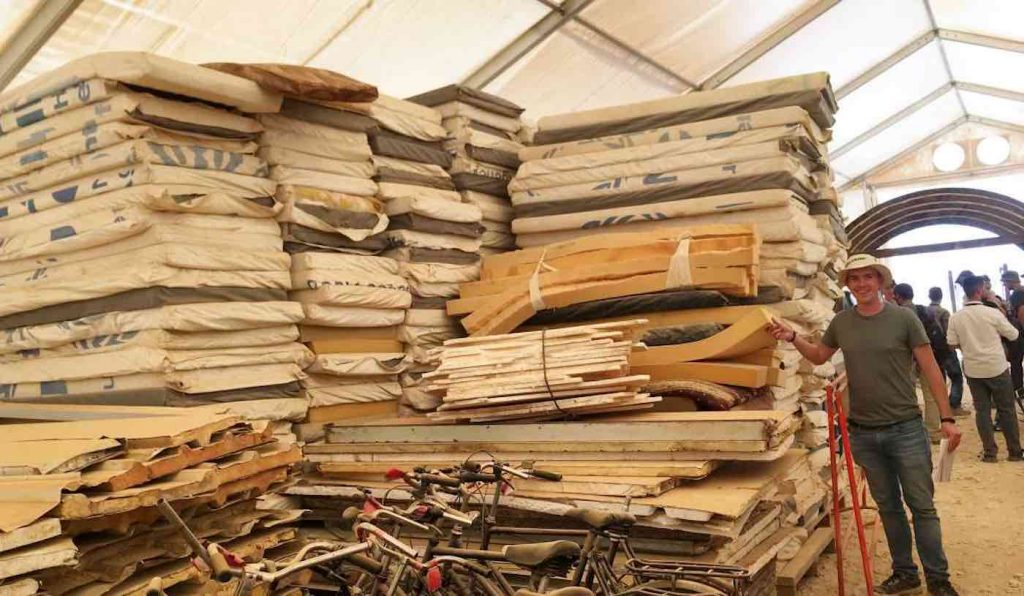 British scientists have succeeded in cultivating tomatoes, peppers, aubergines and herbs in the desert using discarded mattresses bound for landfill.

The innovative system, which was tested in a refugee camp in Jordan, could be rolled out to every shelter in the world, helping millions of people to thrive in barren landscapes.

Since aid workers often discard thousands of used foam mattresses in refugee camps across the globe, University of Sheffield scientists began developing foam “soils” in their labs in hopes of using old bed materials as a growing medium for crops.

The research team, led by Professor Tony Ryan, is made up of experts in hydroponics: a technique in which plants are grown with their roots resting in a solution of water and essential nutrients instead of soil. The method uses 70-80% less water than planting straight into the soil and eliminates the need for pesticides.

In the first trial of its kind, his researchers worked with a group of Syrian refugees at the Zaatari camp, which serves as a shelter to many who are already experienced farmers themselves.

They showed the study participants how to fill waste containers from around the camp with mattress foam and a carefully balanced nutrient solution. Seedlings were then planted straight into the foam so it could support the roots as the plant grew.

Working closely with the refugees, the team successfully created “desert gardens” that provide people in the camp with fresh herbs and vegetables, training opportunities, and longed-for greenery in a challenging desert. 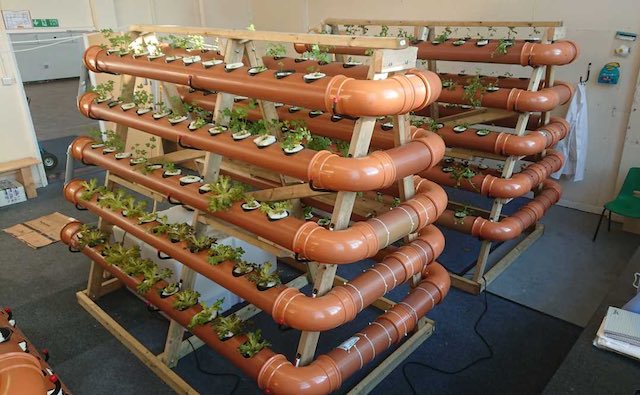 “The refugees we have worked with have taken our training and made the project their own, growing things we never thought would be possible in the desert environment using recycled materials,” said Ryan.

“We are only at the start of what might be possible, in terms of what refugees and their situation has to teach us about all of our potential futures.”

Nearly 1,000 refugees have been taught how to manage the hydroponic system thus far—and the team believes it could benefit even more people around the world.

The project gives people the tools and techniques they need to grow their own food and gain future employment as well as boosting mental health and greening the camp.

In turn, the scientists have learned from the refugees whose use of the foam in real-world conditions has demonstrated its potential to grow crops more sustainably—and in places with degraded soils.

Desert Garden Project Manager Dr. Moaed Al Meselmani said: “I’m a researcher and a Syrian refugee myself—and now I’m helping others like me to learn new skills and feed their families with fresh herbs and vegetables in the desert. 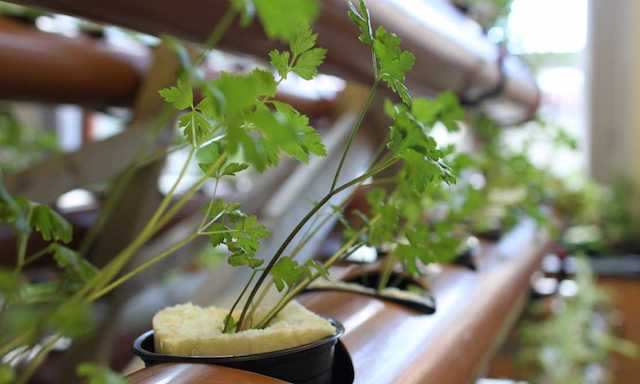 “When you’re forced to flee your home, it’s the simple things you miss—like a cup of fresh mint tea or showing your children how to plant a seed. This project connects people with home and gives them hope for the future.”

The Sheffield researchers now hope to raise £250,000 with their Desert Garden appeal to make the project sustainable. The money will be used to supply seeds, nutrients, and training for another 3,000 refugees.

The United Nations High Commissioner for Refugees (UNHCR), which runs Zaatari camp, provides Syrian refugees with enough money to buy staples like bread and chickpeas. Nutritious fruit and vegetables, however, are often out of reach—and traditional fresh mint tea is considered a luxury.

CHECK OUT: Drought-Proof ‘Cooling Houses’ Use Saltwater and Cardboard to Grow Tons of Healthy Produce in the Desert

Professor Ryan, director of the university’s Grantham Centre for Sustainable Futures, said: “UNHCR see this as something that can work in nearly every refugee camp to improve mental health and well-being.

“If we can make desert gardens economically and culturally sustainable in Jordan, we can ultimately roll this out around the world and help millions of refugees to thrive.”

Professor Duncan Cameron, director of the Institute for Sustainable Food at Sheffield, said: “It’s astonishing what happens to the collective human imagination when it meets and is ignited by urgent reality.

WATCH: Man Succeeds Where Government Fails: He Planted a Forest in the Middle of a Cold Desert

“This project is about co-creation, not ‘smart ideas’ parachuted in. As scientists, we’ve learned an enormous amount from the refugees about how our research can be applied in the real world, and they’ve gained valuable skills for the future.”

(WATCH the University of Sheffield video below)

Plant Some Positivity By Sharing The Good News To Social Media… 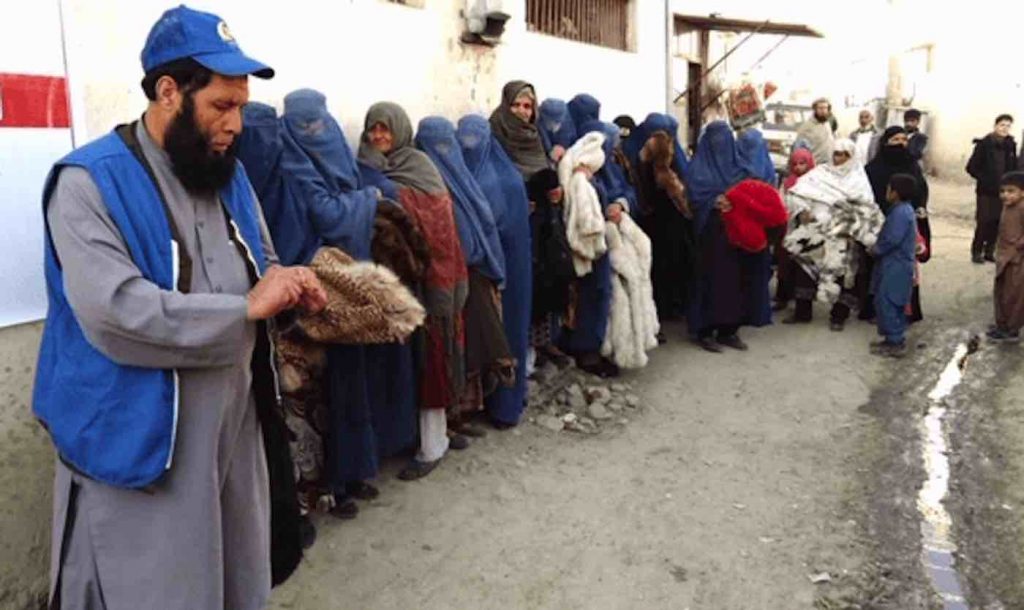 Photo by Life for Relief and Development

As the fashion industry continues to phase out the use of animal fur, more and more people are cleansing their closets of all their rabbit, fox, and mink furs.

Rather than let those fur coats go to waste, however, the People for the Ethical Treatment of Animals (PETA) is putting them to good use by donating them to Afghani people in need.

Last week, PETA partnered with Life for Relief and Development to hand out more than 200 donated fur coats to the people of Kabul.

With temperatures dipping well below freezing, the coats are expected to offer some much-needed warmth to the men, women, and children living in poverty in the capital city of Afghanistan.

“Nothing can bring back the rabbits, minks, and foxes … but the coats that they died for can at least be used for good,” says PETA Executive Vice President Tracy Reiman. “PETA encourages everyone to donate their fur or fur-trimmed coats to help those who have but few options in life—the only people with any excuse to wear them.” 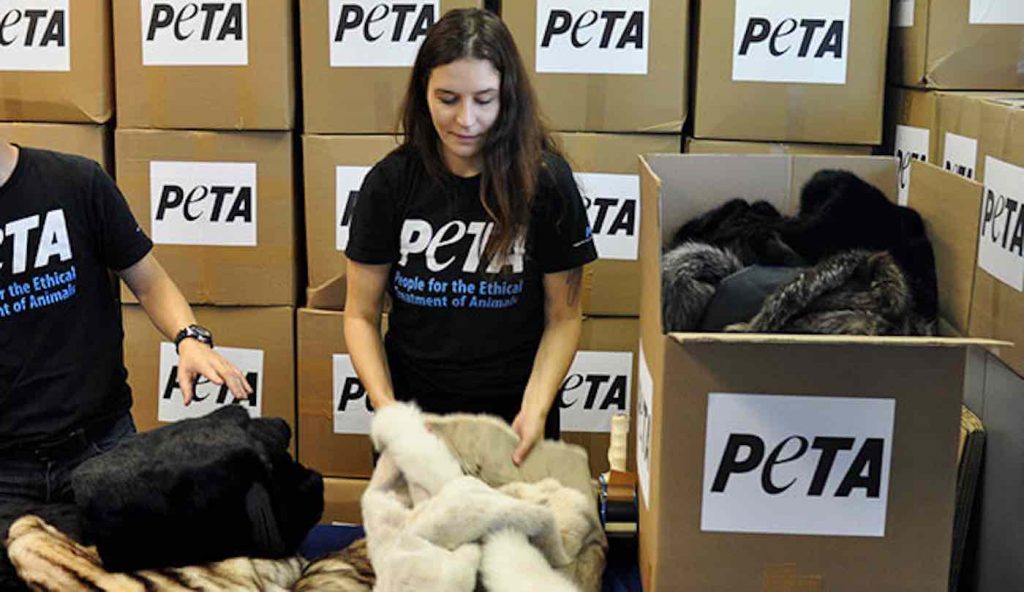 Life for Relief and Development CEO Dr. Hany Saqr added: “With all of those that are less fortunate around the world, we at Life are honored to be able to work with PETA to give warmth during the harsh winter to those in need.”

This is not the first time that animal fur has been used to warm the less fortunate; back in November 2018, PETA and Life for Relief handed out 280 coats to Syrian refugees who had fled to Iraq.

PETA’s fur donation program also sends unwanted coats to homeless shelters and wildlife rehabilitation centers so they can be used as bedding for orphaned animals.

If you want to donate one of your own fur coats, you can visit the organization’s website to learn more.