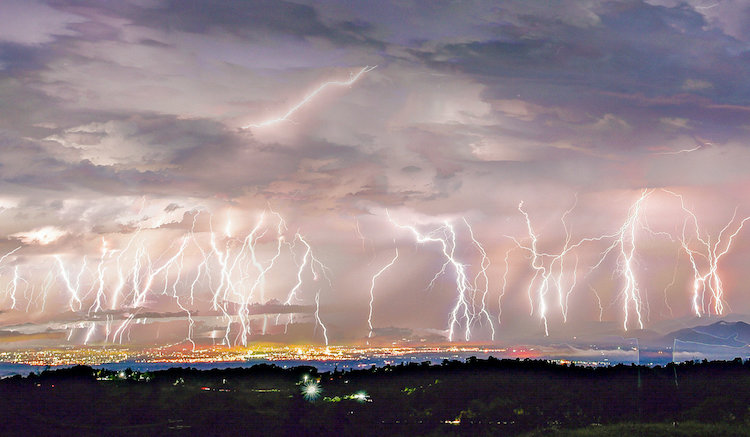 After discovering that his hometown was entirely absent from Google Street View, one man from Zimbabwe decided things had to change.

When Tawanda Kanhema moved to the United States in 2009 from Harare, the capital of his country Zimbabwe, he might have looked forward to showing people what his hometown looked as a major African city. However the self-described tech enthusiast discovered none of the streets and quarters of Harare were visible on Google Street View.

If you can imagine the disappointment of noticing your home city of 1.6 million people somehow didn’t exist on one of the world’s largest collection of digital maps, Kanhema also realized that his entire country was absent from street view.

He further learned that a bunch of other African countries were absent as well.

“When you look at Street View, you’re looking at this mosaic of images that show how people live across the world, how people conduct commerce, how people get around,” Kanhema told National Public Radio. “I found it quite jarring that a lot of the countries in the region were not on the map.”

Currently working in Silicon Valley, the Berkeley resident volunteered to help Google get eyes and boots on the ground in some of what Kanhema considered Africa’s techno-neglected countries. After all, travelers from around the world might like to better plan their routes through these diverse states by seeing what they look like.

He wound up borrowing a 360-degree camera through Google’s Street View Loan Program and using it in a car as well as on the end of a 4-foot rod attached to his clothing. His trip in 2018 included a safari through a national park, boating down the Zambezi River, shooting Victoria Falls (below), and traversing over 2,000 miles of roads in Harare and other cities—it put Zimbabwe on the map. 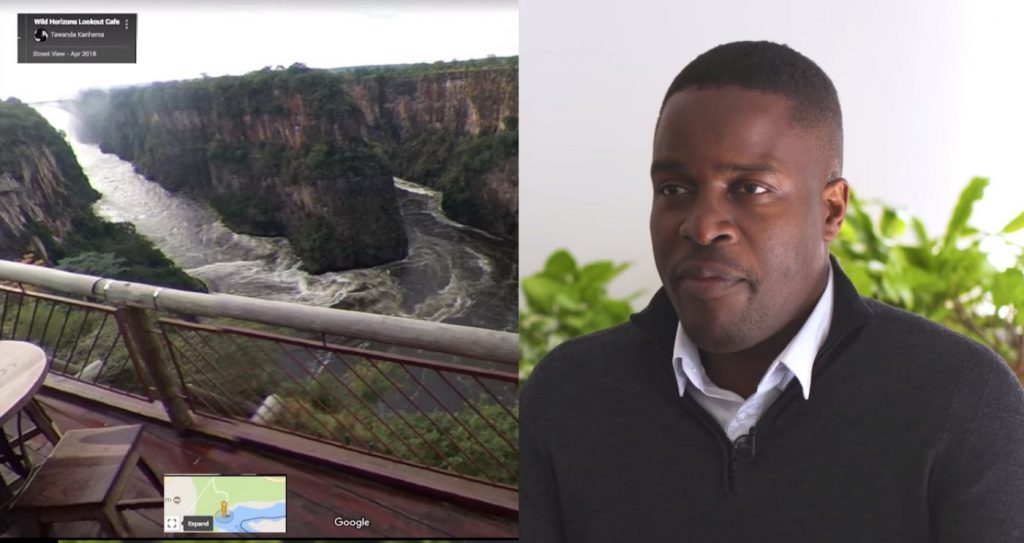 “It’s so conspicuous to have a 4-foot contraption attached to the roof of your car,” Kanhema told NPR. “People are walking up and asking questions about, ‘Is that a camera? What are you recording? What are you filming? It is for Google Maps? Will my house be on the map? Will my face be on the map?”

MORE: Dozens of Countries Are Working Together to Plant ‘Great Green Wall’ Across Africa – and It’s Holding Back Poverty

Atlases, globes and maps are an incredibly important part of how we conceptualize the world. Google Maps can confer a tremendous amount of information quickly, from the names, addresses and contact information of businesses, to local landmarks, to customer reviews and also grid patterns and street names to help plan commuting routes.

RELATED: After 5 Years of Drought, Kenyan Region Finally Gets Clean Water Thanks to Solar-Powered Saltwater Plant

A Kind of Documentary

Having spent $5,000 of his own money on the project, Kanhema sees it as a sort of documentary, with the gigabytes worth of sometimes stunning, sometimes quaint, sometimes informative photographs possessing the potential to connect people to his homeland from across the globe, perhaps contributing to her historically-troubled economy by adding tourist revenue.

His work has also seen him map the frozen ice-roads which the Mushkegowuk Nation in Northern Ontario use to traverse the land in winter.

“Imagine being able to lend a ticket to get on a helicopter tour of one of the seven natural wonders of the world and being able to bring at least a million other people with you by creating these images that people can look at and feel as though they were there,” he says.

Map This Remarkable Story By Putting it on Social Media… 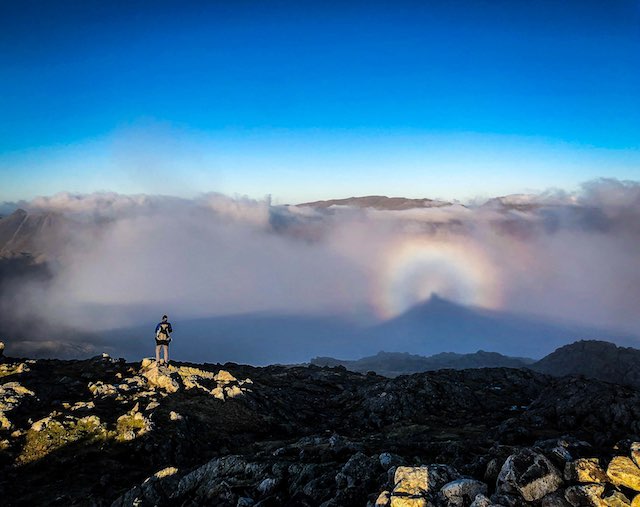 A hiker has captured these magnificent images of a rare weather phenomenon that looks like a “rainbow halo” on top of an English mountain.

39-year-old Adrian Conchie was walking on a fell in the Lake District when he looked down and clocked the spectacular display, known as the Brocken specter.

The dad-of-one described the moment, which took place at 11:30AM on New Year’s Eve, as “magical” and “absolutely incredible”.

According to the Met Office, the Brocken specter appears when a person stands above the upper surface of a cloud—on a mountain or high ground—with the sun behind them.

“When they view their shadow, the light is reflected back in such a way that a spooky circular ‘glory’ appears around the point directly opposite the sun,” the Met Office said.

Conchie, who runs an engraving business in Knutsford, Cheshire, was on an 11-mile hike at Swirl How near Coniston when the Brocken specter appeared to him. 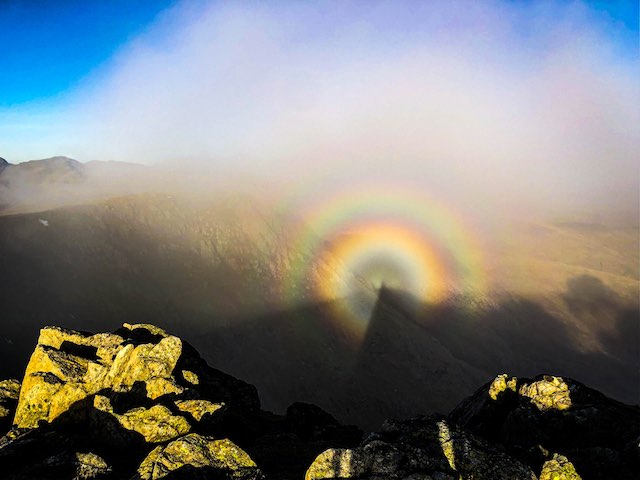 “I had always wanted to see one after seeing pictures online and hearing about how amazing they are from friends,” said Conchie. “When we got to the summit I looked down and there it was—it was so vivid.

“I thought it would disappear there and then but it stayed for a few minutes, it was a really magical experience.”

Miraculously, Conchie and his friend Bryony stumbled upon another Brocken specter later that very same day up a nearby mountain called Wetherlam. 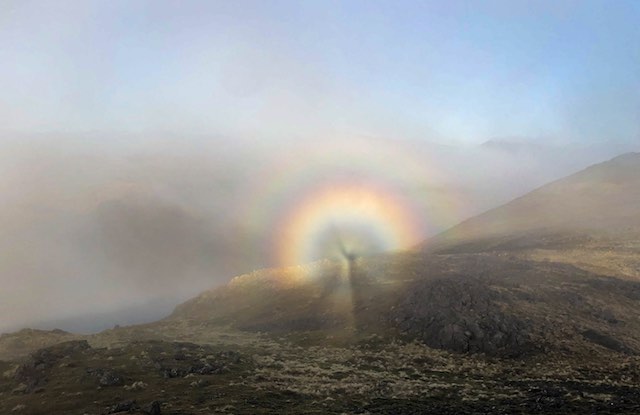 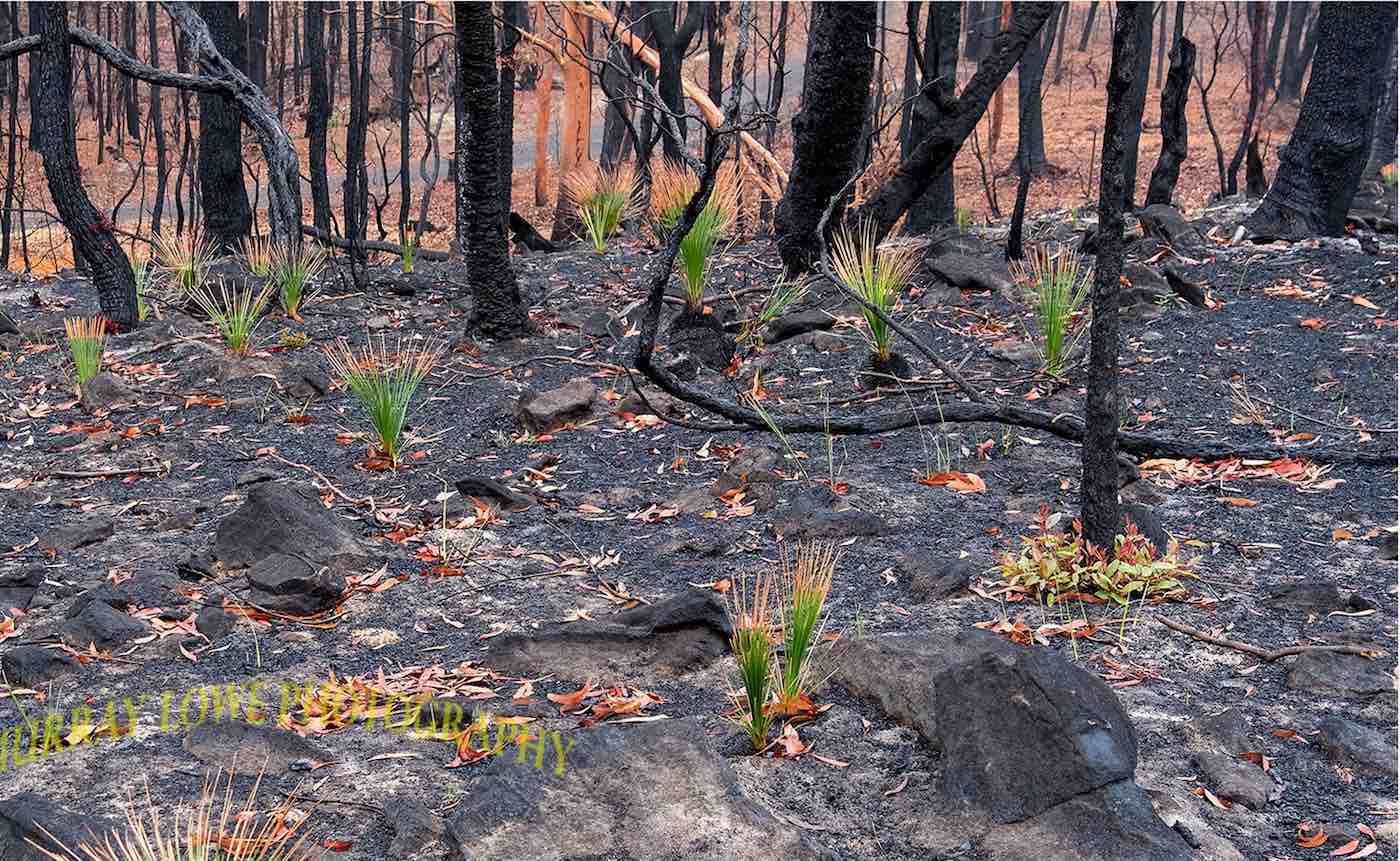 Thousands of Australians are being heartened by these striking photos of greenery and plant life growing out of an area that was left charred and blackened by the bushfires last month.

The pictures were taken by Australian photographer Murray Lowe in the Kulnura area of the Central Coast in New South Wales.

“Ventured out into the fire grounds today to capture some images of how the Aussie bush responds to fire, and the way it regenerates itself and comes back to life,” Lowe wrote in a Facebook post. “Even without any rain, life bursts through the burnt bark from the heart of the trees and the life cycle begins again.

“It’s so heartening to see the bush coming back to life again,” he added.

RELATED: Here Are a Dozen Different Ways the World Has Rallied Behind Australia During the Bushfires

One Facebook user thanked Lowe for the photos, saying: “I think everyone is so happy to see your beautiful photos showing something positive after weeks of heartache—it gives us hope.”

Another commenter wrote: “Thank you for sharing these Mr Lowe! It’s so nice after all the tragedy to see the new growth in our bush.”

Since Lowe posted the photos to social media earlier this week, they have been shared more than 39,000 times.

Lowe is now selling prints of the photos so he can donate all of the proceeds to wildfire relief.

“I did not, in my wildest dreams, anticipate the overwhelming response to my photos that I’ve seen,” he wrote in an update. “It’s both humbling, and heart-warming.”

Lowe is not the only one shining a light on the landscape’s recovery; Koala Hospital Port Macquarie posted their own pictures of the steadily returning greenery in Port Macquarie, New South Wales.

Other social media users have posted additional photo updates on the region’s recovery while international groups and activists rally behind the Australian provinces still battling the bushfires.

Regrowth is already showing in the Blue Mountains after the #bushfires. pic.twitter.com/JM8oWXHH3m