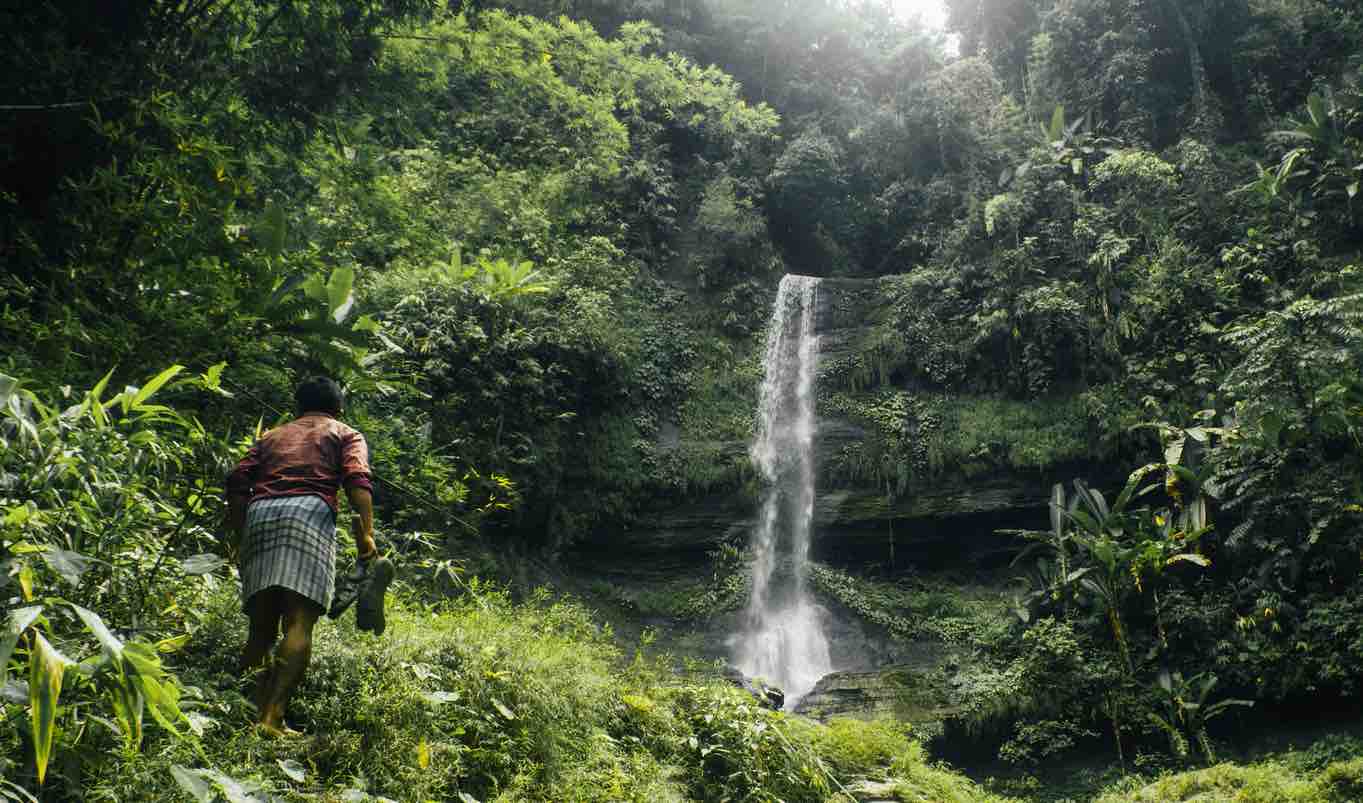 Reprinted with permission from World at Large, an online journal focused on travel, foreign affairs, health and fitness, and the environment.

After 2016, when the Revolutionary Armed Forces of Colombia (FARC) signed a peace agreement with the Colombian government, scientists realized that it was suddenly safe to explore the rainforests, mountains, and savannas from which FARC waged a 50-year guerrilla war—and these areas are counted among the most biodiverse and least-explored places on earth.

A few biologists who longed to journey to the heart of these places also seized the opportunity as the perfect way to bring 14,000 former guerrillas back into society in a meaningful way that could benefit not only them, but the country’s stunning biodiversity.

Colombia is often referred to as the world’s most biodiverse country. Although this is a hard thing to designate, since many species around the world of all kinds remain undiscovered, she does lay claim to the most bird species anywhere on earth—both endemic and migratory.

Who better to help protect Colombia’s wild spaces than those who know them best, pondered Jaime Góngora, a wildlife geneticist at the University of Sydney who is originally from Colombia.

Góngora now leads a group of researchers from the United Kingdom, Australia, and 10 different Colombian scientific institutions in a program that trains ex‑guerrillas to study Colombia’s native plants and animals—a program which to date has uncovered nearly 100 previously-unknown species.

RELATED: Dozens of Creatures Thought to Be Extinct Found Alive in ‘Lost City’ in the Jungle (Photos)

Peace with Nature now unites scientists with guerillas to help protect Colombia’s biodiversity and aid in the post-conflict situation for thousands of people, 84% of whom, according to Góngora, are interested in pursuing, of all things, river habitat restoration as their post-conflict career path.

Góngora and his colleagues are only too happy to help, and Peace with Nature began hosting citizen scientist workshops to help train eager folks to find, identify, catalogue, and study wild plants, insects, birds, amphibians, and more.

The preparation work was long and hard – between 15 and 18 months according to Góngora.

“We did the first regional workshop last March in a remote ex-combatant village named Charras in the province of Guaviare at the interface of three major ecosystems in Colombia: Andes, Orinoquia, and Amazon,” says Góngora, in an interview with Science Magazine.

POPULAR: The Search Engine That Plants Trees With Every Search Has Just Planted its 100-Millionth Tree

“There, we did a more comprehensive workshop and inventory of an ecotourism trail identifying more than 120 plant and animal species, which were uploaded to iNaturalist”.

iNaturalist is an app used by citizen scientists around the globe, that allows naturalists to document their country’s biodiversity inventories and to inform and highlight potential ecotourists of attractions in their communities.

“In some of the workshops, we have the presence of the police and military forces along with the ex-combatants,” explains Góngora. “I think what has surprised me most is the opportunity that biodiversity offers for reconciliation and healing after an armed conflict. These workshops have been spaces for a respectful dialogue about biodiversity and nature”.

SHARE This Unique and Valuable Program With Friends on Social Media…

NASA, along with a number of partnering space agencies from around the world, have announced a new set of international agreements that will help to govern a “safe, peaceful, and prosperous future” of space exploration.

The recently-released “Artemis Accords” are the latest development of the Artemis Program, through which the agency vows to send the first woman—and next man—to the moon by 2024.

NASA hopes that the Accords will better allow it to work with international partners to conduct a human mission to Mars as well.

“It’s a new dawn for space exploration!” NASA administrator Jim Bridenstine wrote on Twitter last week. “Today, I’m honored to announce the Artemis Accords agreements—establishing a shared vision and set of principles for all international partners that join in humanity’s return to the Moon. We go, together.”

LOOK: Glimpse of Godliness? The Hubble Telescope’s 12 Best Photos on the 30th Anniversary of its Launch into Orbit

The core values enshrined in the Accords expand upon the Outer Space Treaty of 1967. They include the principle that space exploration should be done for peaceful purposes, that the U.S. and its partner nations must be transparent in their practices, and they should strive to build interoperable systems to information that can be exchanged and shared between nations.

The program also aims to protect historic sites and artifacts beyond the bounds of our planet, in much the same way that heritage sites on earth are protected by law. These include the artifacts left behind during the moon landings of the Apollo program of 1969-1972.

It’s a new dawn for space exploration! Today I’m honored to announce the #Artemis Accords agreements — establishing a shared vision and set of principles for all international partners that join in humanity’s return to the Moon. We go, together: https://t.co/MnnskOqSbU pic.twitter.com/aA3jJbzXv2

“International space agencies that join NASA in the Artemis program will do so by executing bilateral Artemis Accords agreements, which will describe a shared vision for principles, grounded in the Outer Space Treaty of 1967, to create a safe and transparent environment, which facilitates exploration, science and commercial activities for all of humanity to enjoy,” NASA said in a statement.

MORE: Scientists Discover a Complete Protein Found Nowhere on Earth That Fell From Space, May Hint at Planet’s Origin

The Accords mark one of the most significant accomplishments thus far of the largest Artemis program, announced in 2019. The program involves the Orion spacecraft, Gateway and Space Launch Rocket System (SLS). The SLS rocket will be used to send Orion, with astronauts and large cargo on board, to the moon.

Unlike previous spacecraft which only supported short-term missions, the Orion will dock at the Gateway, described by CNN as “a spaceship that will go into orbit around the moon and be used as a lunar outpost. About 250,000 miles from Earth, the Gateway will allow easier access to the entire surface of the moon and potentially deep space exploration.” 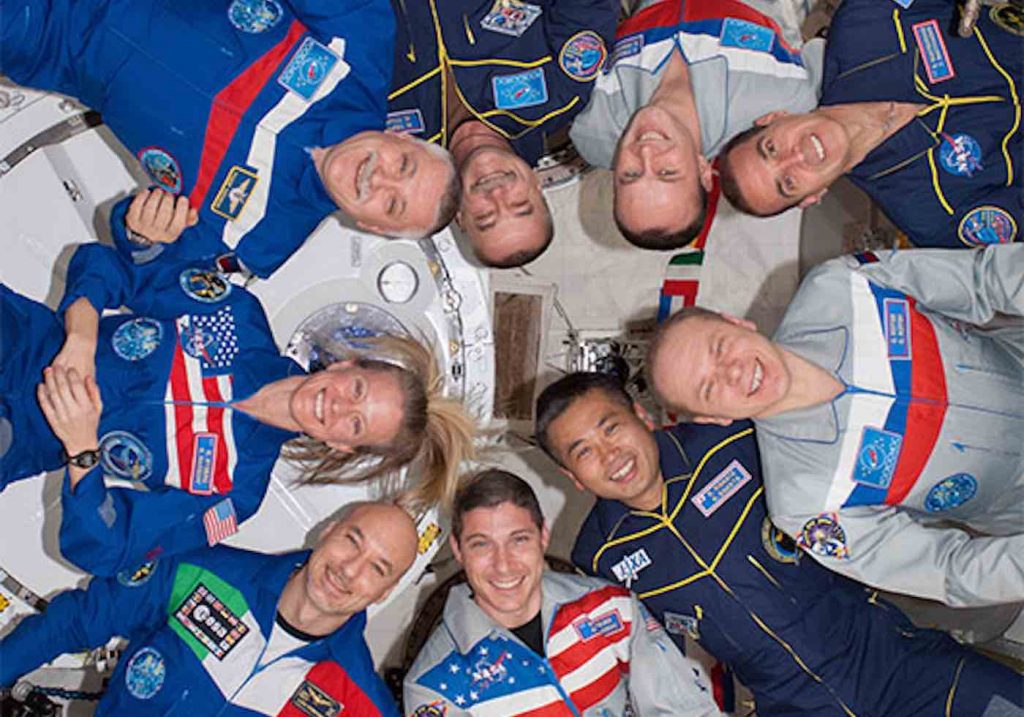 South Africa has seen a 75% drop in violent crime during the coronavirus pandemic. Now, rival gang members in Cape Town are teaming up to collect and distribute food and essential goods to those in need.

“What we’re seeing happen here is literally a miracle,” Andie Steele-Smith, a pastor who works with gang members in the community, told BBC News.

Before the pandemic, South Africa had some of the highest violent crime rates on the continent. But now, new circumstances have created changes that are leading to a silver lining.

The government has imposed some of the toughest quarantine rules in the world, including banning alcohol and cigarette sales. The economy has taken a beating—and the gang members were feeling the effects as much as anybody else.

“I got a phone call from two gang leaders, both saying ‘Andie, I’ve never asked you for anything but we are starving’,” the Australian-born pastor told BBC News. “And I just thought if these guys are starving—they are at the top of the food-chain—the rest of the community is going to be in serious, serious strife.”

Andie hatched a plan that would not only meet the needs of the community in the moment, but also show these young people a new sense of purpose in the world. He asked members who would normally be trying to kill each other to work together toward a common goal: providing food and vital supplies, such as soap, to those in need.

Preston Jacobs, a member of the “Americans” gang, told the BBC it “feels nice” to be doing something positive for the community. “Now I see there are nice people also, and people want to love what we’re doing now.” 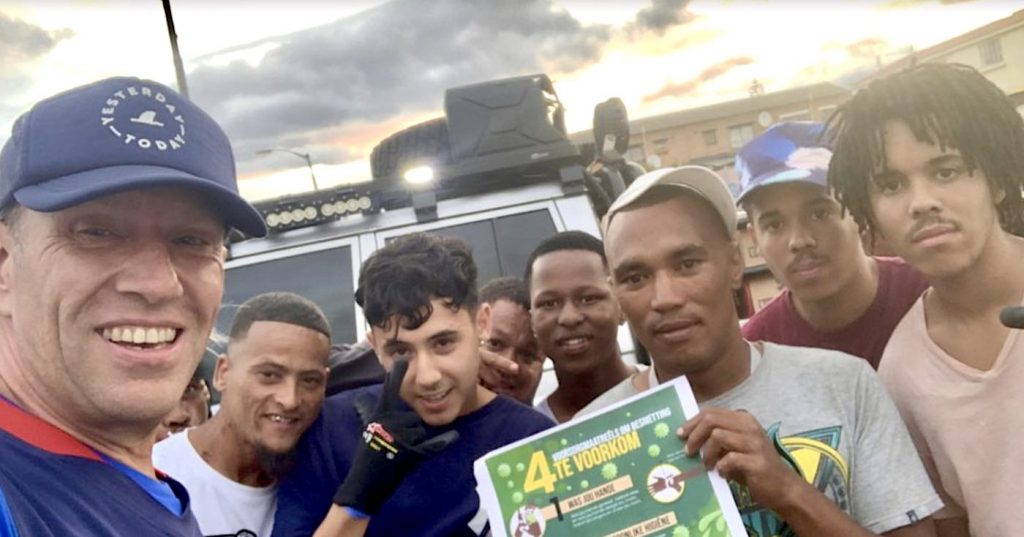 Sansi Hassan of the “Clever Kids” gang expressed hope that the truce would become permanent, saying: “If it can stay like this, then there will be no gang fight,” he said. “And every gang will agree with us.”

Andie, a former banker who moved from Sydney to South Africa to become a pastor five years ago, expressed pride in what these young men are doing. “I’m proud of you guys. Literally, if I died today and went to heaven I would die a happy man.”

(WATCH the BBC video below)

MULTIPLY the GOOD, By Sharing It With Your Friends On Social Media… 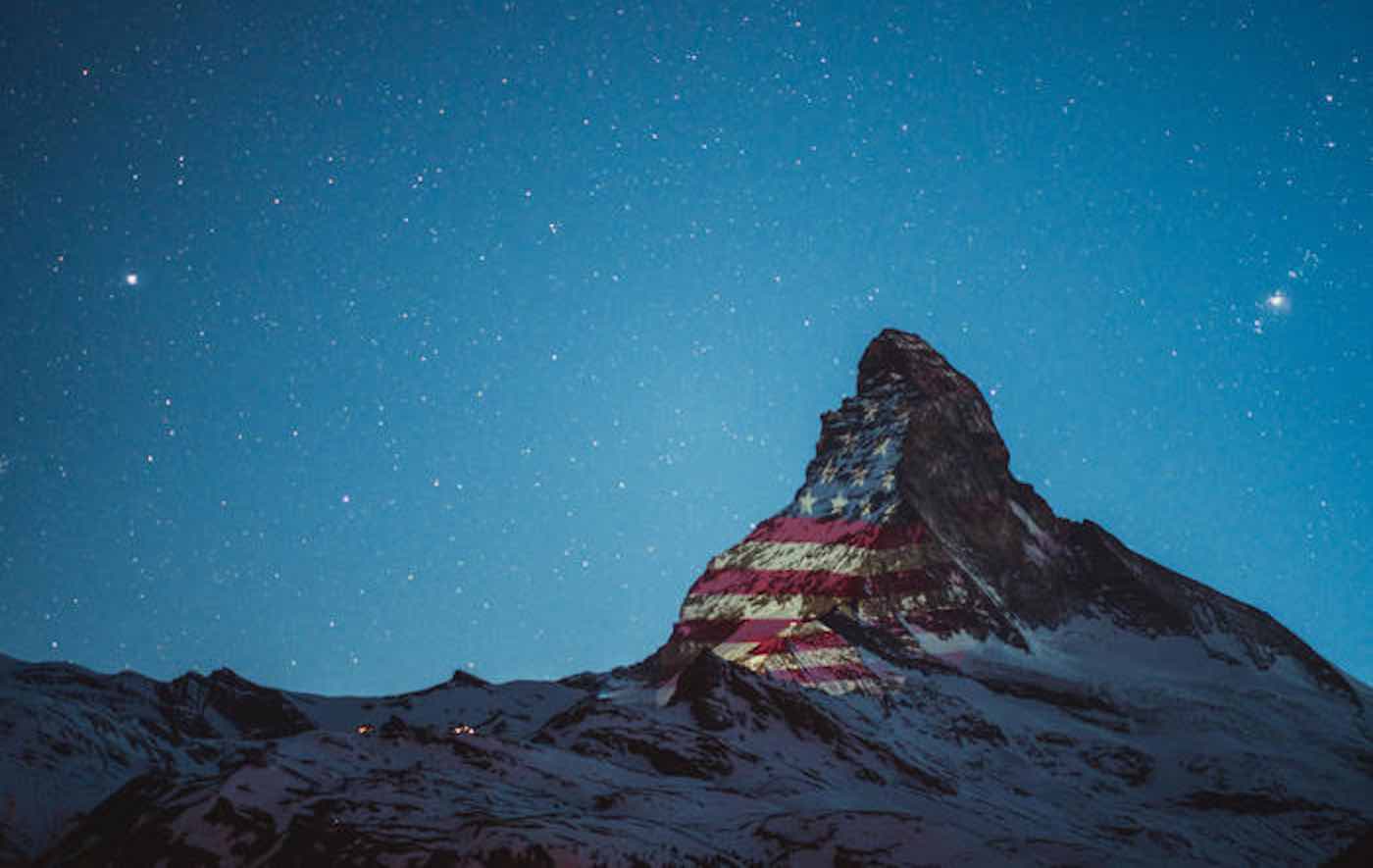 Rather than raising a flag up on a flag pole, the nation of Switzerland is paying homage to their international neighbors struggling against COVID-19 by projecting different world flags onto the front of one of their most iconic Alpine mountains.

Light artist Gerry Hofstetter was commissioned to illuminate the famous Matterhorn mountain in Zermatt with different national flags to show solidarity towards countries that have been hit hardest by the novel coronavirus.

LOOK: Himalayan Mountaintops Visible for the First Time in 30 Years as Air Pollution Continues to Plummet in India

Now on every night since March 24th, the Matterhorn has displayed the flag of France, the US, India, Japan, Germany, the UK, Portugal, Spain, and many others.

“With this light projection, Zermatt wants to give people a sign of hope and solidarity in these difficult times,” reads the Zermatt Matterhorn tourism website. “The village shows solidarity with all the people who are currently suffering and is grateful to all those who are helping to overcome the crisis.”

Americans have been particularly touched by the gesture since the Zermatt website published a photo of the Star-Spangled Banner on the front of the 14,690-foot tall mountain with a caption reading: “As it stands, the USA is the country that has been most impacted by the COVID-19 crisis with the highest number of confirmed cases. Our thoughts are with all American people at this unprecedented time.

“May our message convey solidarity and give you hope and strength,” they added. “We look forward to meeting again at the foot of the Matterhorn. We are all in this together.”

If you want to check out additional photos of the light displays or watch the livestreams of the illuminations, check out the Zermatt Matterhorn website.