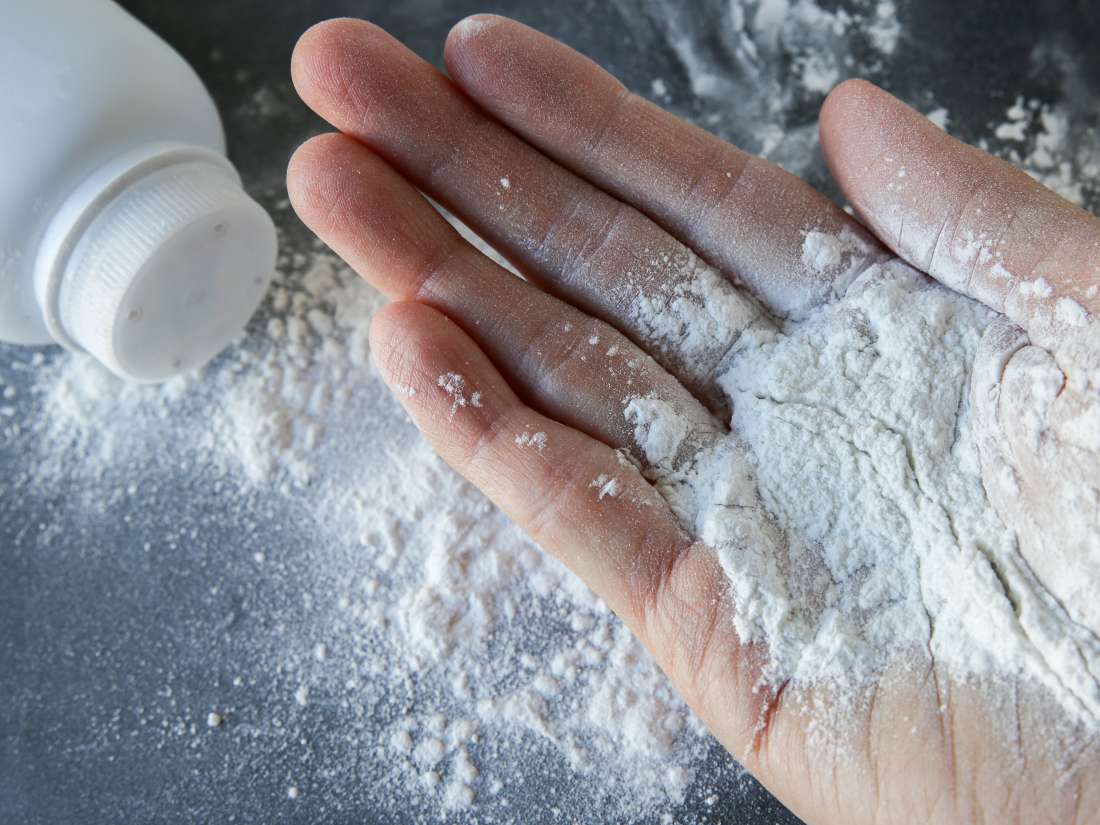 Does using powder in the genital area increase the risk of ovarian cancer? A new data analysis of over 250,000 women found no link, but the authors urge caution as the study may not be large enough.

Some people use powder on their genitals to reduce moisture, friction, or odor.

Whether there is a link between the use of powder and ovarian cancer is a controversial topic.

Several thousand women have filed lawsuits against a baby powder manufacturer after concerns that they developed ovarian cancer in response to using the product.

“Ovarian cancer is a rare but deadly disease, and it is important to study possible risk factors for the disease if we want to learn how to prevent it,” O’Brien told Medical News Today.

“Previous studies had reported a possible positive association between genital powder use and ovarian cancer, but my co-authors and I saw an opportunity to do a very large study that also addressed some of the potential limitations of the previous ones,” she continued.

The study features in the journal JAMA.

“To our knowledge, these are the only cohorts that collected data on genital powder use,” O’Brien explained to MNT on the choice of study population.

The team combined the data from all four cohorts to look for associations between powder use and an increased risk of developing ovarian cancer. The total number of women included in the study was 257,044.

Across this data set, 39% of women reported having used powder in their genital area, of which 10% said they use such products long-term.

O’Brien calculated the estimated risk of developing ovarian cancer by the age of 70 and compared the group who used power to the group who didn’t use powder.

“In this pooled analysis of four large U.S. cohorts, there was no statistically significant association between self-reported use of powder in the genital area and risk of ovarian cancer,” the authors write in the paper.

The team did find a small effect when they analyzed a subgroup of women with intact reproductive tracts, but this did not reach statistical significance. In the paper, the authors write that “this finding should be considered only exploratory and hypothesis generating.”

They explain that in women with intact reproductive tracts, powder can directly travel to the affected areas and cause irritation or inflammation. In women who have had their womb removed or their fallopian tubes blocked, powder doesn’t have physical access to the ovaries.

O’Brien and her colleagues point to several limitations in their study.

Each cohort study measured powder use differently. It was particularly difficult to interpret the results the team obtained from analyzing frequency and duration of powder use.

All four studies only asked about powder use at the start of the study, and none had information about the type of powder. The data included predominantly white, educated women. Around half had a BMI of less than 25, which doctors class as a moderate weight.

The authors urge caution: “the study may have been underpowered to identify a small increase in risk.”

“Despite being the largest study to date, it was not big enough to detect a small change in risk of ovarian cancer, which is a fairly rare cancer.”

“Future analyses would be strengthened by focusing on women with intact reproductive tracts, with particular attention to timing and duration of exposure to powder in the genital area,” they write. “Accumulation of such data will take many years, and given the low rates of current powder use among US women, may not be feasible.”

“These are the only four large cohorts (to our knowledge) that have collected data on this topic. Therefore, it is unlikely that there will be another study capable of reaching or exceeding this sample size for a long time,” O’Brien explained to MNT.