With close to 1 million samples from nearly every country on earth, the Svalbard Global Seed Vault in the remote Svalbard Island, between Norway and the Arctic, contains the largest collection of seeds and other plant specimens in the world.

Last week, the Cherokee Nation became the first Native-American tribe to receive an invitation to contribute seeds of their own heirloom crops and join the effort to ensure biodiversity and food security in the uncertain centuries ahead.

“This is history in the making,” said a Cherokee Nation press release. “It is such an honor to have a piece of our culture preserved forever. Generations from now, these seeds will still hold our history and there will always be a part of the Cherokee Nation in the world.”

The tribal office of the Secretary of Natural Resources collected nine samples of Cherokee heirloom crops to send to the Global Crop Diversity Trust, including Cherokee White Eagle Corn, the tribe’s most sacred corn, which is typically used during cultural activities, and three other varieties of corn grown for consumption in distinct locations to keep the strains pure.

RELATED: At Long Last, Native Californian Tribe Gets Land Back To Call Its Own

These heirloom species predate the arrival of Europeans on the American continents, and their preservation offers a chance to secure critical biodiversity for the central North American region in case of crop shortages or other disasters that could result in flora extinction events. 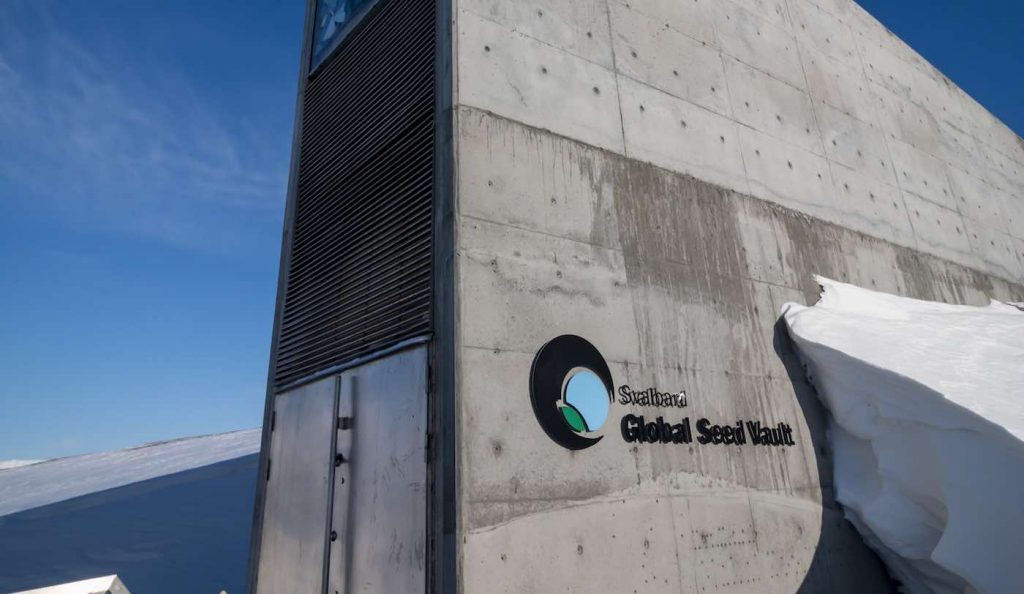 It also ensure that the proud history of the Cherokee will live on through the ages.

In 2019, after being interviewed by National Public Radio about the Cherokee Nation’s own heirloom seed bank program, their Senior Director of Environmental Resources, Pat Gwin was contacted by the Global Crop Diversity Trust.

“He sent me an email and said they would be honored to have the tribe’s seeds in the seed vault,” said Gwin. “…Knowing the Cherokee Nation’s seeds will be forever protected and available to us … is a quite valuable thing indeed.”