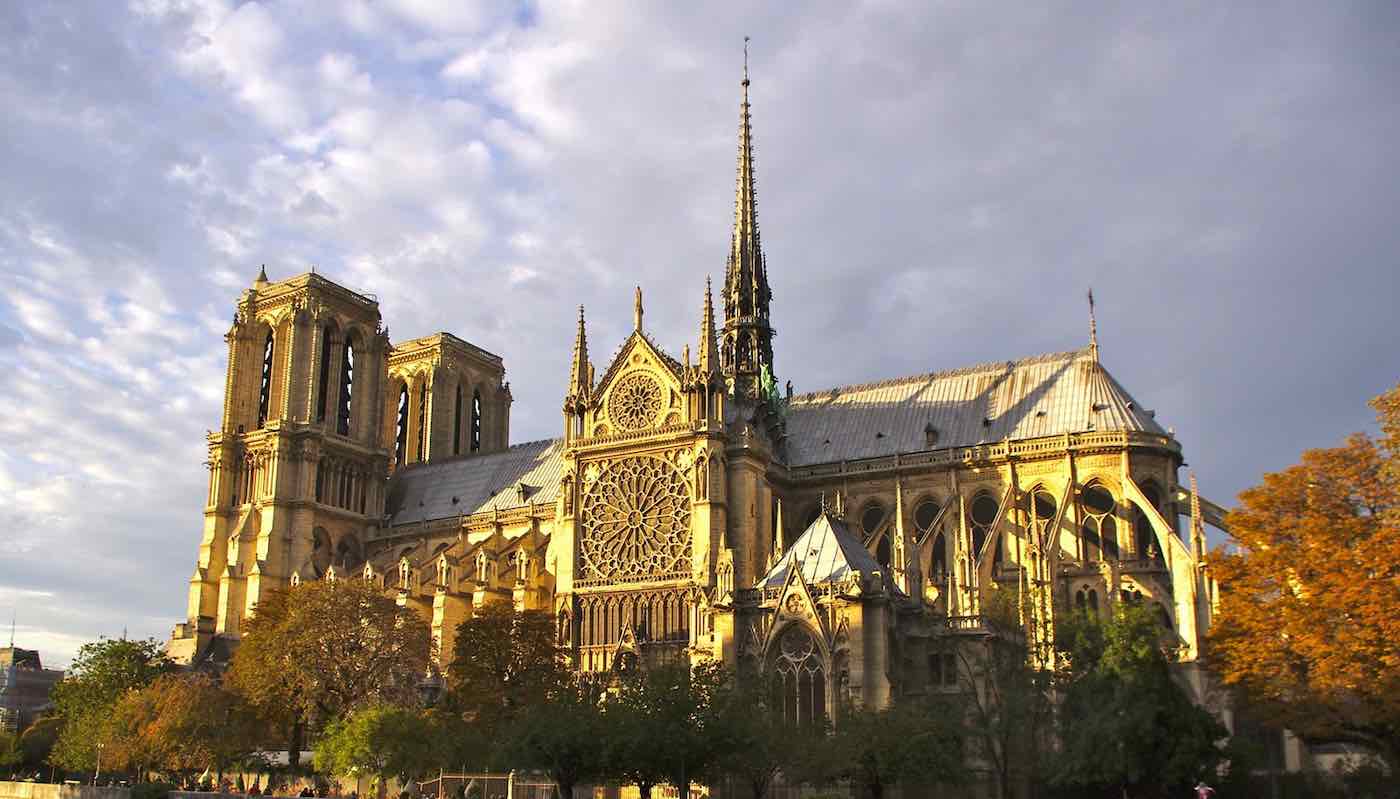 Yesterday marked the one-year anniversary of the fire that came within 30 minutes of destroying the beloved Notre Dame cathedral in Paris.

Now as a means of honoring its survival and encouraging locals to remain unified in the face of the novel coronavirus lockdowns, the cathedral’s bell rang out across Paris for the second time since the fire.

On April 15th at 8PM when city-dwellers typically take to their windows to applaud healthcare workers on the frontline of the pandemic, three people donned hazmat suits to protect themselves from the toxic lead particulates released by the fire and spent five minutes ringing the iconic bell—which is reportedly the second largest in the country.

As reporters captured the iconic event on camera, hundreds of French citizens could be heard cheering and clapping from the streets for the duration of the homage.

“The restoration of Notre-Dame… is a symbol of the resilience of our people, of their capacity to overcome hardships, and to recover,” said French President Emmanuel Macron.

Although the structure of the bell’s belfry was undamaged by the fire, it has been rung only once since the blaze, and that was to honor the passing of former French president Jacques Chirac in September 2019.

President Macron originally planned to have the cathedral fully restored within five years of the fire, but the pandemic—coupled with poor winter weather—has put the initiative behind schedule.

Regardless, restoration managers told Reuters that they at least want to have the cathedral ready to host Easter mass on April 16th, 2024.