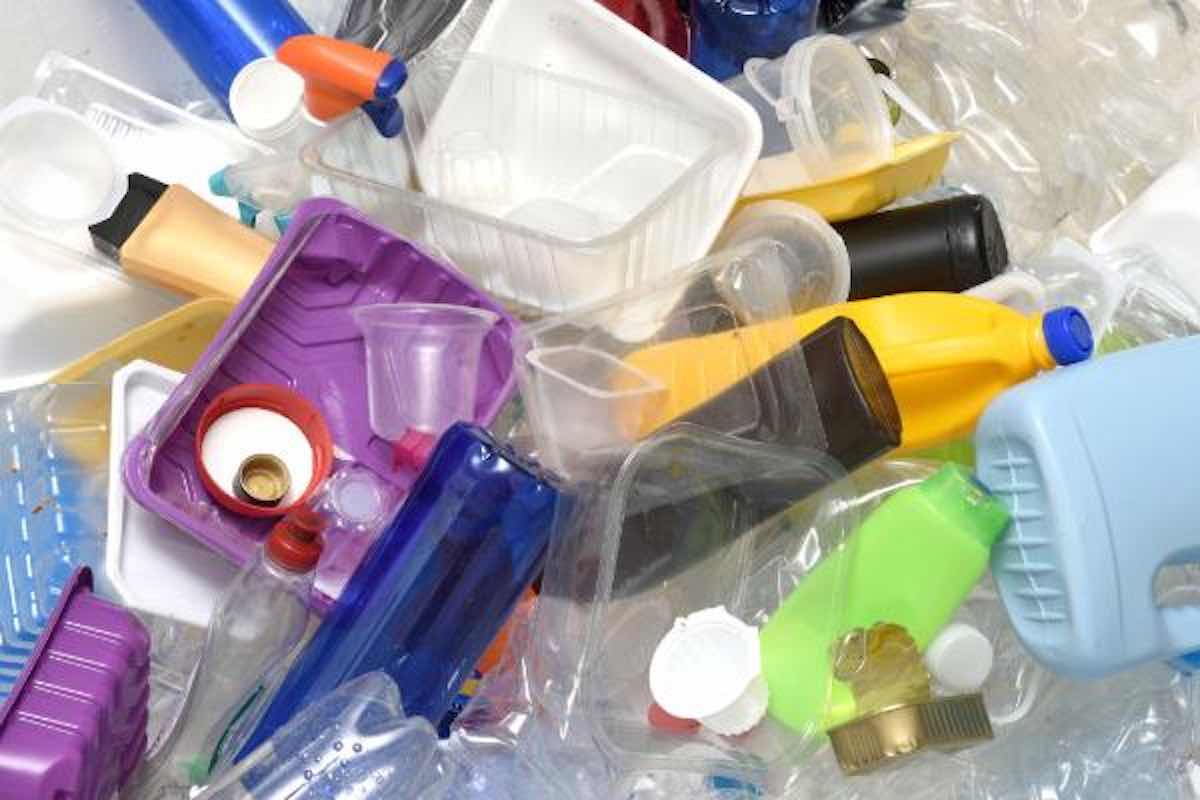 Germany is making major strides towards trying to practice what she preaches in terms of environmentalism.

The country announcement yesterday that it will be implementing a ban on the sale of a multitude of single-use and disposable items in a bid to reduce the amount of plastic and polystyrene waste in the environment.

German Environmental Minister Schulze said the move was part of an effort to move away from “throw-away culture,” according to AP.

The government’s ban will go into effect next year on July 3, 2021.

The new plan also legislates the closure by 2022 of eight brown-coal operations—mostly located in economically depressed regions—as the number of jobs in renewable energy, which already generates 50% of Germany’s power, increase in those regions.

RELATED: New Plant-Based Bottles and Cups Backed by Coca-Cola And Dannon Can Degrade in a Year

Good News Network recently explained how traditional consumer-driven supply and demand market forces are pushing coal further and further to the edge of the bed (and economic ruin), like a sprawling spouse kicking the blankets toward the cold tile floor.

A recent string of cloudless days in Germany saw the country’s solar energy production climb above 32,000 megawatts in a single day last week—smashing the previous record set on March 23rd, according to a report from Bloomberg News.

The sunny days are slated to continue, according to the German weather service DWD.

These sunny days mean that solar power is generating around 40% of the total baseline in Germany, with all their renewables together accounted for 78%, while coal and nuclear power trailed behind with only 22%.

By 2038, renewables are predicted by the German government to make up 80% of total grid production. And owners of coal plants understand that it could become completely unsustainable to continue financing operations many years before that milestone is achieved.

A Death Rattle for Coal

In Europe, it’s already 100% more expensive to finance, supply, staff, and operate a coal-fired power plant compared to a renewable facility, while in historically coal-glutted nations like the U.S., India, and China, it’s already 50-60% more costly.

The recent lockdown orders for COVID-19 in Germany could have had a measurable effect on the sunny days as well, as the reduction in air pollution from things like car exhaust has already been recorded as significant in countries like India, where residents have been able able to see the Himalayas on the horizon for the first time in 30 years. 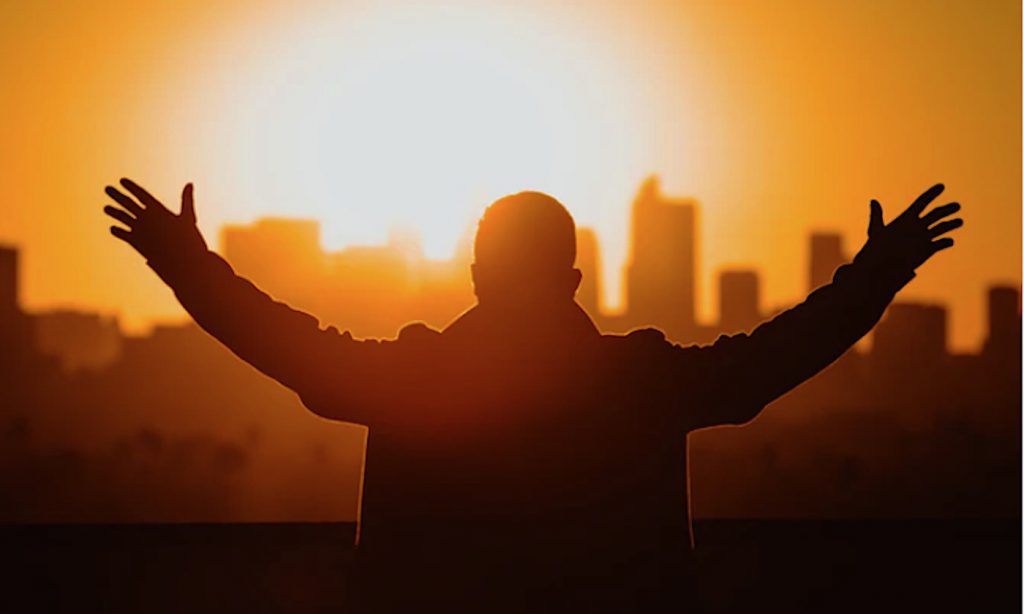 LOOK: These New Solar-Pavement Driveways Made of Plastic Bottles Can Power the Average Household

Not only are the shutdowns rewarding the solar market with clearer skies, but the already lagging coal market is taking further body blows as demand plummets from the shutdown of stores and office buildings. In Germany, renewable sources are the first to enter grid circulation, and since the decrease in energy demand, consumers are actually using less power than is available, meaning the electricity generated from a coal plant might be not only unutilized—but unpaid for.

The services desired by consumers are simply being fulfilled by those most readily capable of fulfilling them.

This not only applies to Jane and John Smith turning on the lights in their house, but buyers and sellers in the energy sector. The simple explanation is as follows. Johan runs an energy investment firm, and when looking to buy shares of a power producer, his maximum price for carbon-based power is 5,000 euro per share, and for renewable power, 8,000 euro per share. He can afford to pay more for renewables because he stands to make more money from those shares.

CHECK OUT: Impelled by Reactor Meltdown, Fukushima Japan Vows to Achieve 100% Renewable Energy Use in 20 Years

Jurgen, who runs a carbon-based power source, can only afford to sell at 10,000 euro per share, because of current market demands for renewables. This difference of valuation of 5,000 euro between Jurgen and Johan prevent a sale from being made, and so Jurgen must either find a willing buyer, a way to reduce operating costs, or another energy project.

Whether catalyzed from climate activism, science, or whichever technology costs the least to operate, these simple supply and demand forces are causing people to put their money in renewables—and money-talks.

A Berlin supermarket is tackling the challenge of reducing food waste by reselling all of the unattractive products that other grocery stores refuse to carry. 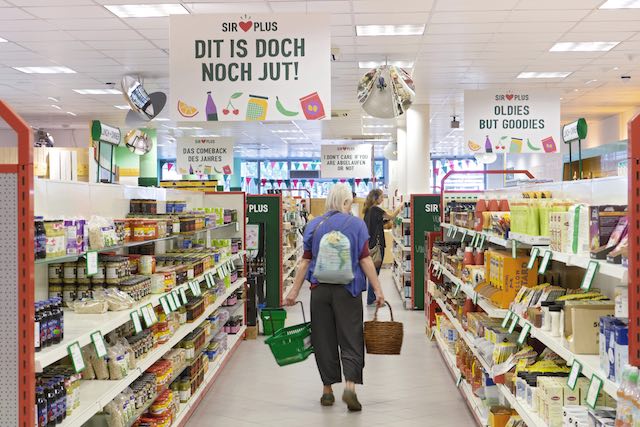 The SirPlus grocery store stocks their shelves with foodstuffs and produce that is expired, near to expired, misshapen, or just a bit odd, and offers it to shoppers for up to 80% less than the regular supermarket prices.

According to the United Nations Food and Agriculture Organization, 1.3 billion tons of food are thrown out or wasted every year across the world. This amounts to one third of all food produced worldwide, at the same time as trash landfills are filling rapidly.

The majority of the global waste comes from Europe and North America, with the average European wasting 210 to 254 pounds (95 to 115 kilograms) of food every year.

RELATED: Instead of Dumping Rejected Food Shipments into Landfills, Truckers Are Donating Them to Local Charities

Some of the food rejected by other supermarkets, restaurants, or wholesalers—which SirPlus quality assurance specialist Timo Schmitt and his team inspect every day—is discarded because of something as little as a cucumber that has grown at a 90-degree angle, or a jar of jam that is mislabeled.

Others, like items past their expiry date, are carefully inspected to ensure that it is safe to eat. “We check smell, taste, consistency and packaging,” Schmitt told Klaus Sieg, a Hamburg journalist. “If in doubt, we call in a laboratory.”

As long as food has been deemed safe to eat and the customer understands the risks inherent in what they are purchasing, expired biscuits or even castaway yogurt and meat is legal to sell under German law. 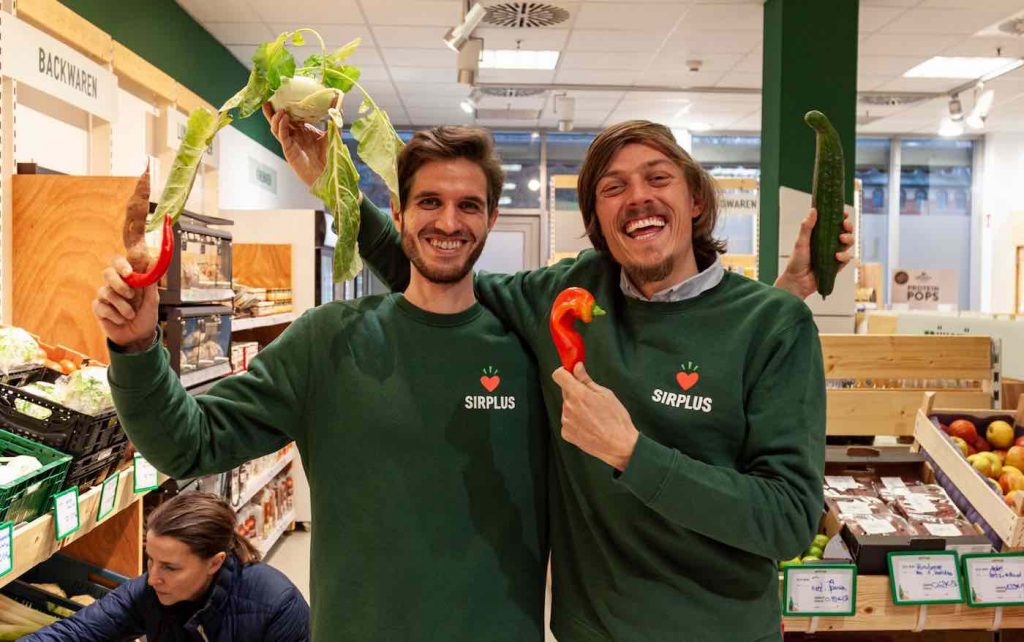 “Suppliers such as farmers, […] wholesalers [and] retailers have a strong economic incentive to partner with us,” explain the founders of SirPlus in an interview in 2017. “When buying or trading their surplus via our marketplace […] we’re saving them significant disposal costs, while providing a new revenue source”.

France passed a law four years ago that supermarkets must not throw away food that has reached its sell-by date. This could mean donating to food banks, composting it, or recycling it for use in pet food or biofuel—but all of the above require larger operational expenses than simply selling it.

Fellmer and Schott allow producers and distributors to save storage and disposal costs by selling or donating their food to SirPlus, which if their own storage space can’t accommodate, will be offered for free to NGOs.

In 2019, SirPlus saved 2000 tons of food (4.4 million pounds). The company also has bold plans for 2020 and wants to continue opening stores in Berlin while expanding into other cities, to launch their own product line with the SirPlus label made specifically from food that’s been rescued, and create an online platform that allows for home grocery delivery—all to distribute the increasingly larger amounts of donated food coming SirPlus’ way, which includes one million croissants last year. 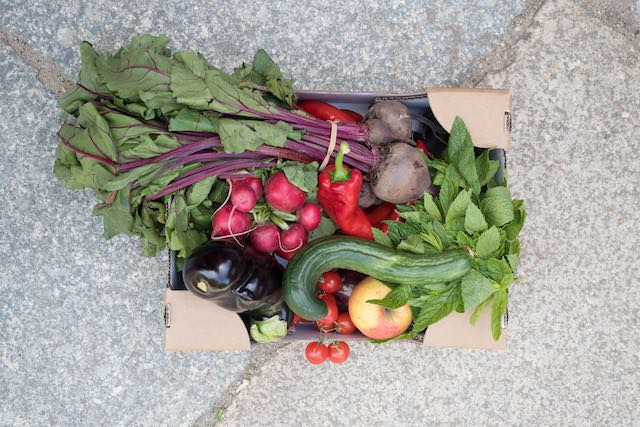 They also have a subscription service called the “Retterbox” (Rescue Box) containing a random assortment of quality-controlled products that have been saved from the dumpster and delivered to your house on a monthly basis with free shipping throughout Germany. 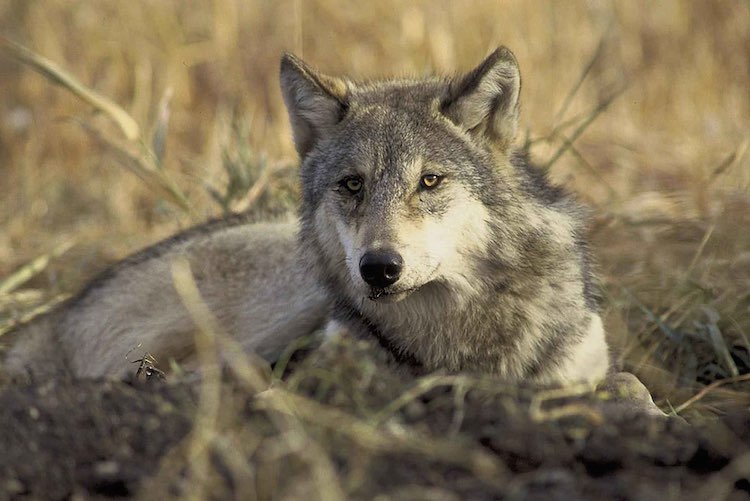 In a remarkable legislative move that increased the amount of protected areas for wildlife in Germany by 25%, the German government moved in 2015 to convert 62 disused Cold War-era military bases into wildlife refuges.

This added up to about 76,600 acres of additional protected land in the country, according to The Independent.

Environment Minister Barbara Hendricks said at the time: “We are seizing a historic opportunity with this conversion — many areas that were once no-go zones are no longer needed for military purposes.”

“We are fortunate that we can now give these places back to nature,” Hendricks said.

During the 50-year-long dreary standoff at the Iron Curtain between East and West Germany, minimal human activity along the old Soviet/NATO border allowed the wildlife that had been chased out of other parts of Europe to recover in relative peace. After the fall of the Soviet Union in 1991, scientists and voices for nature of all kinds realized that the lack of human activity had created natural sanctuaries for endangered European wildlife all along the international and ideological border.

LOOK: Reintroduction of Wolves Into Yellowstone Brings Wildlife Back Into Balance

The 62 decommissioned German military bases were located on the West German side of the Iron Curtain, where they became a habitat for the middle-spotted woodpecker and lesser spotted eagle, as well as a top tier species that, like the last remains of the Old World shattered by World War II, was gone from Europe by the time the Iron Curtain descended across the continent—wolves.

Wolves at the Gate

Sport hunting competitions and the desire to protect livestock herds led to the regional  extermination of the wolf. Writing for Science Magazine, Erik Stokstad reported that the wolf has returned to parts of Germany, in large part due to the reformed military bases which proved to be perfect havens.

“In the late 1990s, wolves began to dart into Germany from the forests of Poland,” he wrote. “The first litter of pups in Germany was reported in 2001 in Saxony-Brandenburg. They’ve since spread westward into six more of Germany’s 16 federal states, and monitoring data show their numbers are rising.”

MORE: Humpback Whale Population Bounces Back From Near-Extinction—From Just 450, to Over 25,000

Due to poaching, it was found that almost all wolf packs across Germany favored military bases over wildlife refuges, even though the refuges possessed fewer roads, and larger, denser sections of forest.

Guillaume Chapron, a wildlife ecologist at Swedish University of Agricultural Sciences in Uppsala, suggested that since deer populations on military bases aren’t managed by hunting, it means fewer poachers or hunters are coming in contact with wolves there.

Coupled with the lack of soldiers and wars, Chapron suggests that, like the 62 decommissioned sites in 2015, all military bases slated to be closed should be turned into nature reserves for this reason.

LOOK: This Woman and Her Pet Otters Have Spent the Last 40 Years Protecting the Species From Extinction in England

Bases and military installations in other countries along the Iron Curtain were closed down and turned into wildlife refuges, thanks, in part, to the European Green Belt initiative led by former Soviet leader Mikhail Gorbachev and his grassroots nonprofit International Union for the Conservation of Nature.

Today the backbone of green runs from the very northern tip of Finland down into Greece and eastward across the Carpathians before halting at the border with Turkey.