Last year, in the recently expanded Galapagos Islands National Park, scientists made a “monumental” discovery when they found a solitary female tortoise on one of the islands where tortoises were thought to be extinct for over 100 years.

Because of its location, the animal was presumed to belong to the extinct species only found on that island, Chelonoidis phantasticus, the Fernandina giant tortoise, named for the Fernandina Island, one of the youngest and most volcanically-active in the famous Galapagos Archipelago.

The matriarchal tortoise is believed to be over 100 years-old, and it was immediately transferred to the giant tortoise breeding center on Santa Cruz Island and plans were made for a return to Fernandina to try and track down a mate.

In the meantime, blood samples were sent to Yale University to determine whether or not she is indeed a member of the extinct species.

Two months ago, in December 2019, a team of 10 scientists and park rangers ventured to the island and found evidence that confirmed the presence of at least one more turtle on the island.

“The trails suggest that there is still at least one tortoise on the island, but the dense vegetation, especially ferns, made it impossible to locate,” said Washington Tapia, Director of the Giant Tortoise Restoration Initiative.

RELATED: After Being Declared Extinct in the Wild, Turtle Species is Saved by Hindu Temple

In a call yesterday to the Galapagos Conservancy, GNN learned that the blood test results from Yale have not yet been completed. The Virginia-based Conservancy, one of the primary organizations involved in the Fernandina tortoise project, is still hoping to find a second tortoise to help confirm the exact species of the female found in 2019. 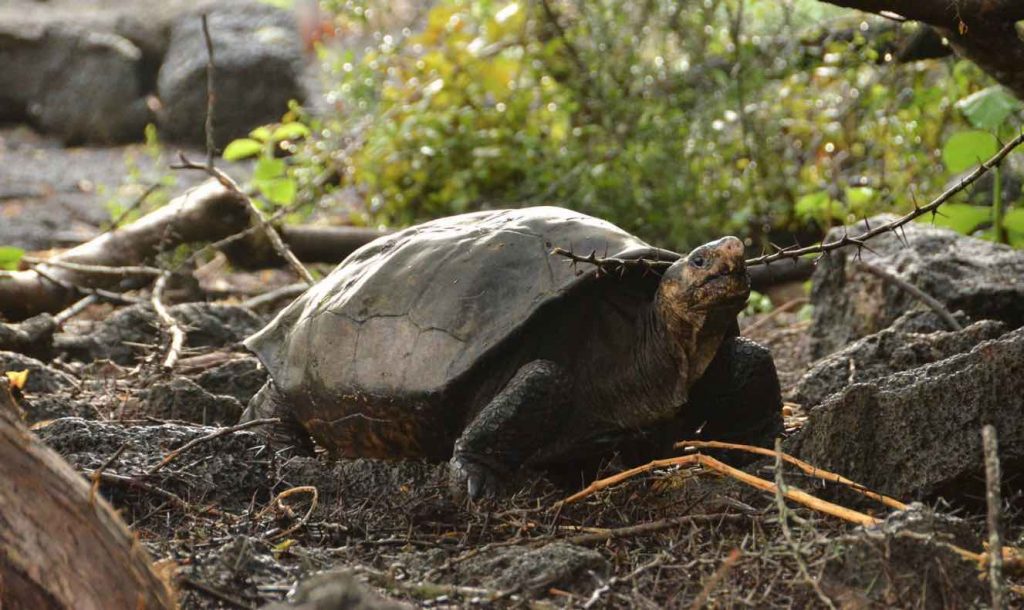 “Right now there is only one extant sample in the world and that’s a taxidermy male tortoise collected in 1906,” Johannah Barry, President of the Galapagos Conservancy told GNN.

Barry says it’s prudent to point out that just because the old gal was found on an island where the resident tortoise species is the Fernandina, doesn’t automatically make her one—because, as Barry points out, sailors from the 1950s, and even the 1960s, were often moving tortoises around.

“I can understand why people are excited. It’s either going to be, ‘wow, it’s a Fernandina tortoise,’ or ‘wow, it’s not.’”

MORE: Humpback Whales Bounce Back From Near-Extinction—From Just 450, to Over 25,000

The last time one of these tortoises had been seen in the Galapagos was 112 years ago, a male—and there is no record of ever seeing a female. So, a positive identification from Yale biologists would turn out to be a very big ‘wow’ indeed.