Things have gone so well in New Zealand concerning COVID-19 that Prime Minister Jacinda Ardern and her cabinet have decided that almost all restrictions can now be removed.

After 40,000 people tested, 12 days with no one entering hospitals, 40 days since the last community transmission, and 22 days since that person finished their self-isolation, New Zealand is looking to restart its economy by lowering preventative measures to the lowest level.

Maintaining strict border controls to keep people from bringing the virus into the country, all restrictions on people and businesses within the country were lifted June 7. Officials only ask that citizens keep track of where they’ve been and who they have been in contact with for contact tracing purposes should another outbreak occur.

“We united in unprecedented ways to crush the virus,” Ardern said at a press conference in Wellington. “Our goal was to move out the other side as quickly and as safely as we could. We now have a head-start on our economic recovery.”

Furthermore, while some domestic sports leagues have resumed around the world, like the German Bundesliga—albeit without crowds, the rugby-obsessed Pacific nation will be the first country that has dealt with its burden of infection to welcome spectators back into professional sports stadiums.

MORE: Millions of COVID Cases and Deaths Averted During Lockdowns: ‘One of Humanity’s Greatest Achievements’

With a small and often localized population, New Zealand was able to enforce even stricter lockdown measures than in other parts of the world—stalling the disease after 1,500 confirmed cases and 22 deaths. They’ve achieved eradication of the virus and are the first country to do so.

WATCH a celebration at one minute past midnight…

SHARE the GREAT News and Spread the Hope on Social Media… 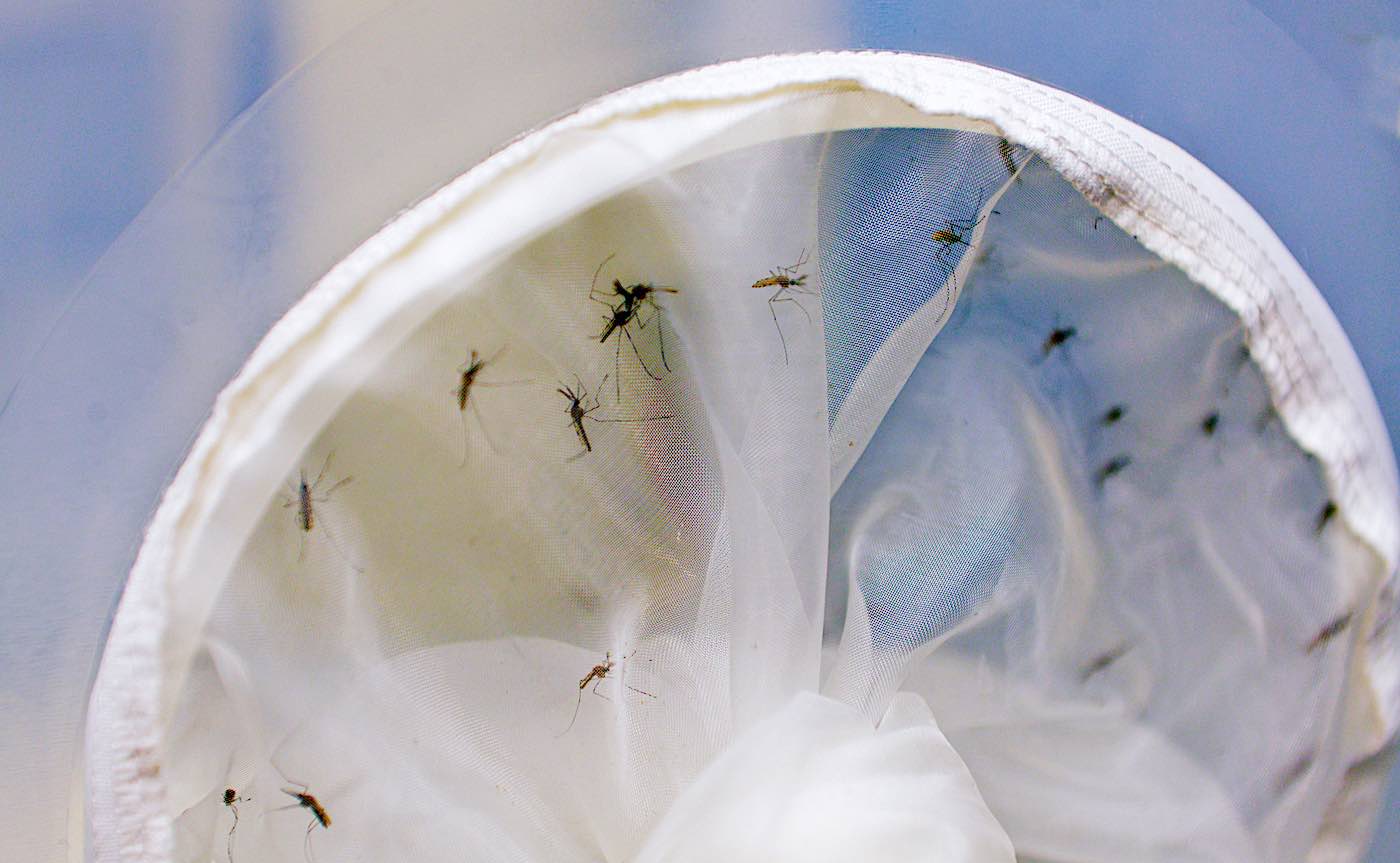 A team of scientists in Kenya and the UK are hailing the “enormous potential” of a new strategy to control malaria, after discovering that a microbe completely protects mosquitoes from infection.

“The data we have so far suggest it is 100% blockage,” Dr. Jeremy Herren of the International Center of Insect Physiology and Ecology told BBC News. “Quite a surprise… I think people will find that a real big breakthrough.”

Now, they are developing plans to spread the microbe through mosquito populations in infected regions, in an unprecedented effort to eliminate the 400,000 deaths that result from the disease each year.

While studying mosquitoes near the waters of Kenya’s Lake Victoria, the researchers unexpectedly came across a protective fungus called ‘Microsporidia MB,’ which was already in the bodies of the insects.

Now, their goal is to disseminate the microbe in at least 40% of mosquitoes in malaria-infected regions.

Equally important is the fact that neither of these approaches would kill the mosquitoes, thus preserving the delicate balance between ecosystems and food chains.

Their promising lab research was published in the prestigious scientific journal, Nature, where they wrote “These findings are significant in terms of regional malaria transmission and epidemiology as well as risk-mapping.”

Such a program would be the biggest leap forward in the effort to eradicate malaria since infections had dropped by 40% leading up to 2014 due to mass mosquito net distribution by UNICEF and their partners such as the Global Fund.

As more and more US states and world regions implement various stay-at-home orders and shutdowns during the COVID-19 outbreaks, some areas that have been hit hardest by the virus are showing that the restrictions are working.

Since symptoms of the novel coronavirus generally start to show within two weeks of infection, today’s infections are the result of interactions from early March. China has slowly begun lifting its strict social restrictions since their quarantine regulation helped the nation recover from the virus.

It has now been roughly two weeks since Italy ordered a nationwide lockdown amidst the outbreaks, and rates of infection have steadily been declining since the country’s first recorded death on February 21st.

According to The Times of Israel, the daily infection rate in Italy reached a high of 57% back in early March. Last week, it reached a record-low of 7.5%.

MORE: 10 Positive Updates on the COVID-19 Outbreaks From Around the World

“The slowdown in the [infections] growth rate is extremely positive,” World Health Organization deputy director Ranieri Guerra reportedly told Italy’s Capitale radio. “I think the measures taken [by Italy] are absolutely correct—perhaps with a certain delay at the start, but that is understandable.”

Similarly in the US, six Bay Area counties became the first in the nation to implement stay-at-home orders in mid-March followed by Gov. Gavin Newsom’s statewide order three days later. Although many Californian hospitals have been struggling to address ventilator and bed shortages, some researchers report that the virus has been spreading slower than they initially thought—and it’s likely because of the lockdowns.

Have been graphing #COVID19 data daily based on @SF_DPH case reporting

Based on incubation/number of days until severe symptoms, I imagine we’re just starting to see the effect of #ShelterInPlace. Still, *very* hopeful this is an early sign that we did #FlattenTheCurve pic.twitter.com/jLvgy1JGfo

Dr. Timothy Dyster, a resident physician from the University of California San Francisco, published some encouraging datasets on Twitter, illustrating how the weeks-long uptick in new infections fell for the first time this week—and it may indicate a continuing decline in infection rates.

“These data should be regarded as a ‘cheer from the sidelines’ in this marathon we’re on together,” wrote Dyster. “It’s been hard work and sacrifice, and it will continue to be, but there might be some early evidence that those efforts are paying off,” Dyster said. “So please, keep staying home and keep washing your hands!”

CHECK OUT: Chinese Company Ships Crates of Masks to Italy Covered in Italian Poetry—We Are ‘Leaves of the Same Tree’

Jahan Fahimi, another physician from UCSF, added: “We’ve been anxiously awaiting the surge of COVID19 patients in San Francisco. The number of hospital cases increase slowly daily. But, it hit me today… we are in a flattened curve. 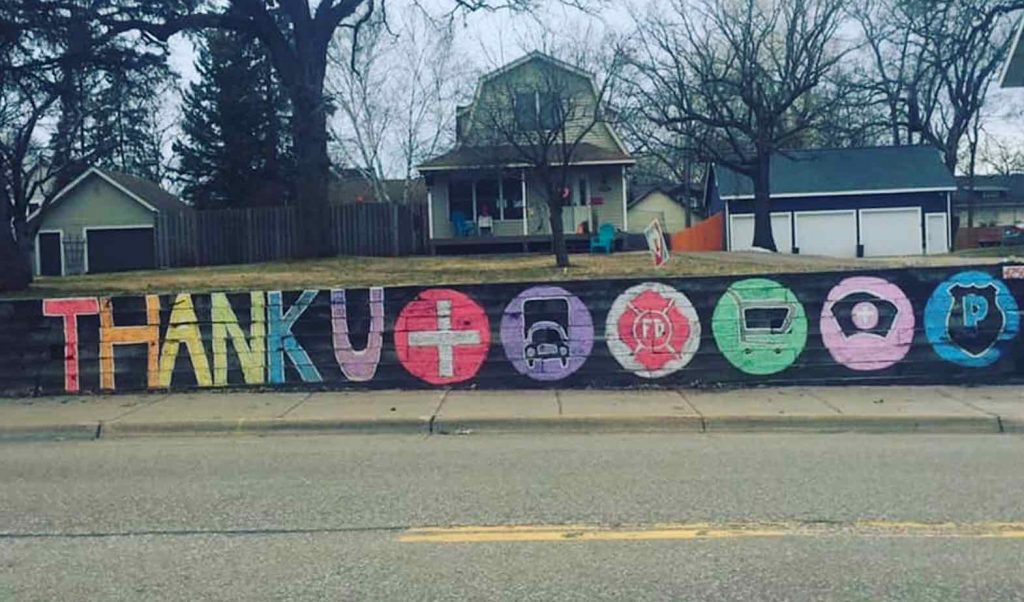 “While the surge is surely still coming, we have time. Each day we are more prepared. By delaying the surge, hospitals have time to: get ventilators, open respiratory isolation wards, stockpile PPE, integrate telemedicine, expand testing, train workforce, [and] learn from colleagues in hot spots.”

Same message as before: cautiously hopeful and *so* crucial to #ShelterInPlace! pic.twitter.com/fkG67NTvdK

Officials in Seattle told The New York Times this week that their lockdowns are also reflecting a decline in new cases as the rate of individual person-to-person infections has reportedly fallen from 2.7 people to 1.4.

With 29 American states now maintaining stay-at-home orders, Kinsa Health—a company that has been producing and distributing internet-connected thermometers—launched an online map of the country which depicted rates of fevers, colds, and flus.

Within days of creating the map on March 22nd, the researchers noted a significant decline in commonly transmitted sicknesses. Although the map does not offer evidence that social restrictions are curbing COVID-19 cases, The Times does report that new datasets from New York and Washington have confirmed the trends illustrated by the map.

RELATED: Another Roundup of Positive Updates on the COVID Outbreaks From Around the World

Not only that, Kinsa Health’s influenza predictions have reportedly been two to three weeks ahead of those from the Center for Disease Control and Prevention—and the company is now working to share their technology with government health agencies to continue monitoring disease trends for the public.

“As of March 30th, we have seen illness levels in [New York City] drop to normal levels for this time of year, and we are seeing similar trends across the entire country,” writes the company. “This does not mean that COVID-19 cases are declining. In fact, we expect to see reported cases continue to surge in the near term, but this data indicates these measures are starting to slow the spread. 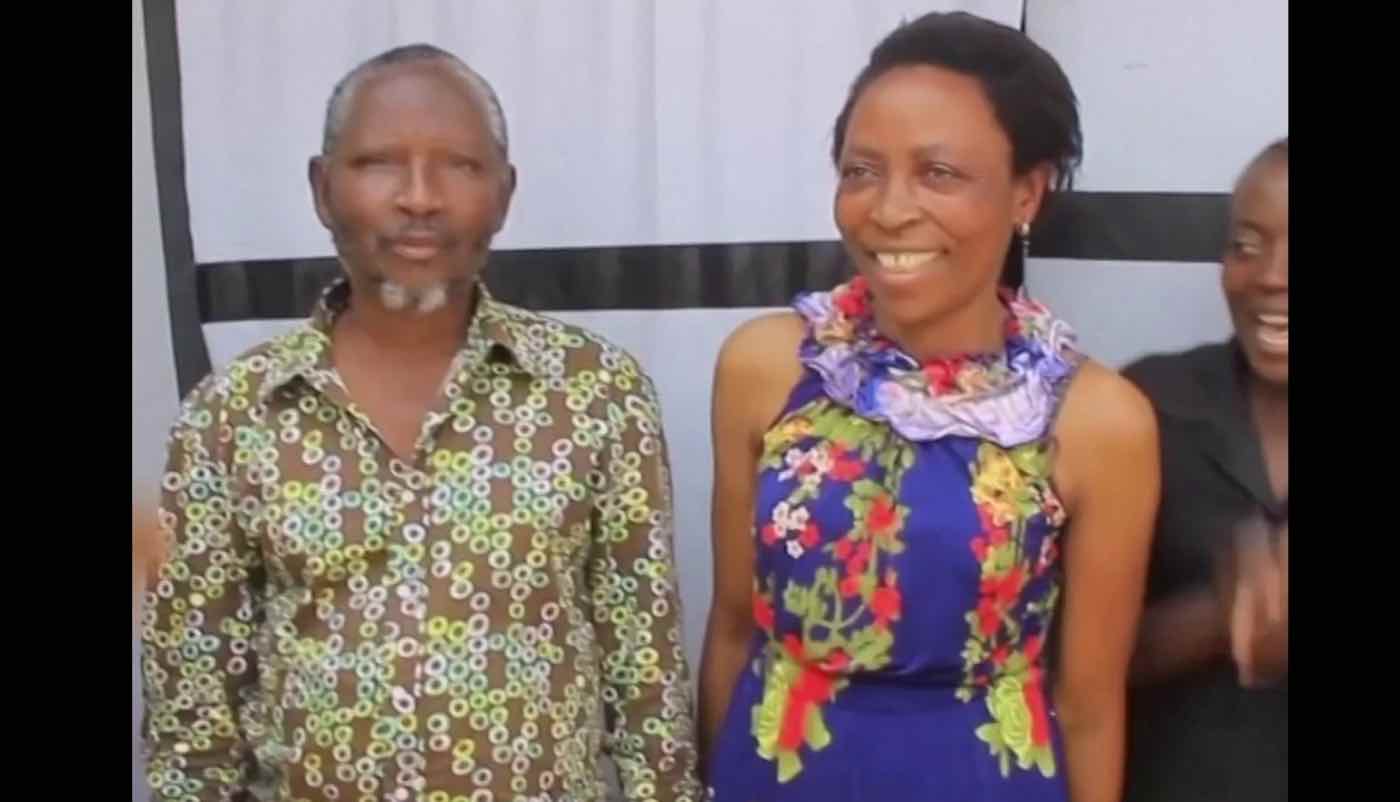 This woman officially became the last Ebola patient in the Democratic Republic of the Congo (DRC) after she was released from medical care and provided with an official bill of health last week.

Medical teams have been fighting to control the Ebola outbreak since it began in August 2018, making it the nation’s second-worst outbreak with more than 2,000 deaths. Since Masika Semida was the last patient treated for Ebola, healthcare workers cheered and danced in celebration as she was discharged from their treatment center in Beni.

Officials have been closely monitoring several dozen people who were in contact with Semida prior to her treatment—but with no new Ebola cases reported within the last two weeks, UN officials believe the outbreak may have finally come to an end.

“I applaud the tireless efforts that have been made to respond to this outbreak and I’m truly encouraged by the news that the last Ebola patient has left the treatment centre healthy,” said Dr Matshidiso Moeti, the World Health Organization (WHO) Regional Director for Africa.

The end of the outbreak can only be officially confirmed once there have been no new reported infections 42 days after the last reported case has tested negative. However, all the aspects of the Ebola response remain in place to ensure that any new cases are detected quickly and treated.

According to WHO, surveillance, pathogen detection and clinical management are ongoing, including validating alerts, monitoring the remaining contacts, supporting rapid diagnostics of suspected cases and working with community members to strengthen surveillance on deaths in the communities.

(WATCH the video below) – Photo by ABC News