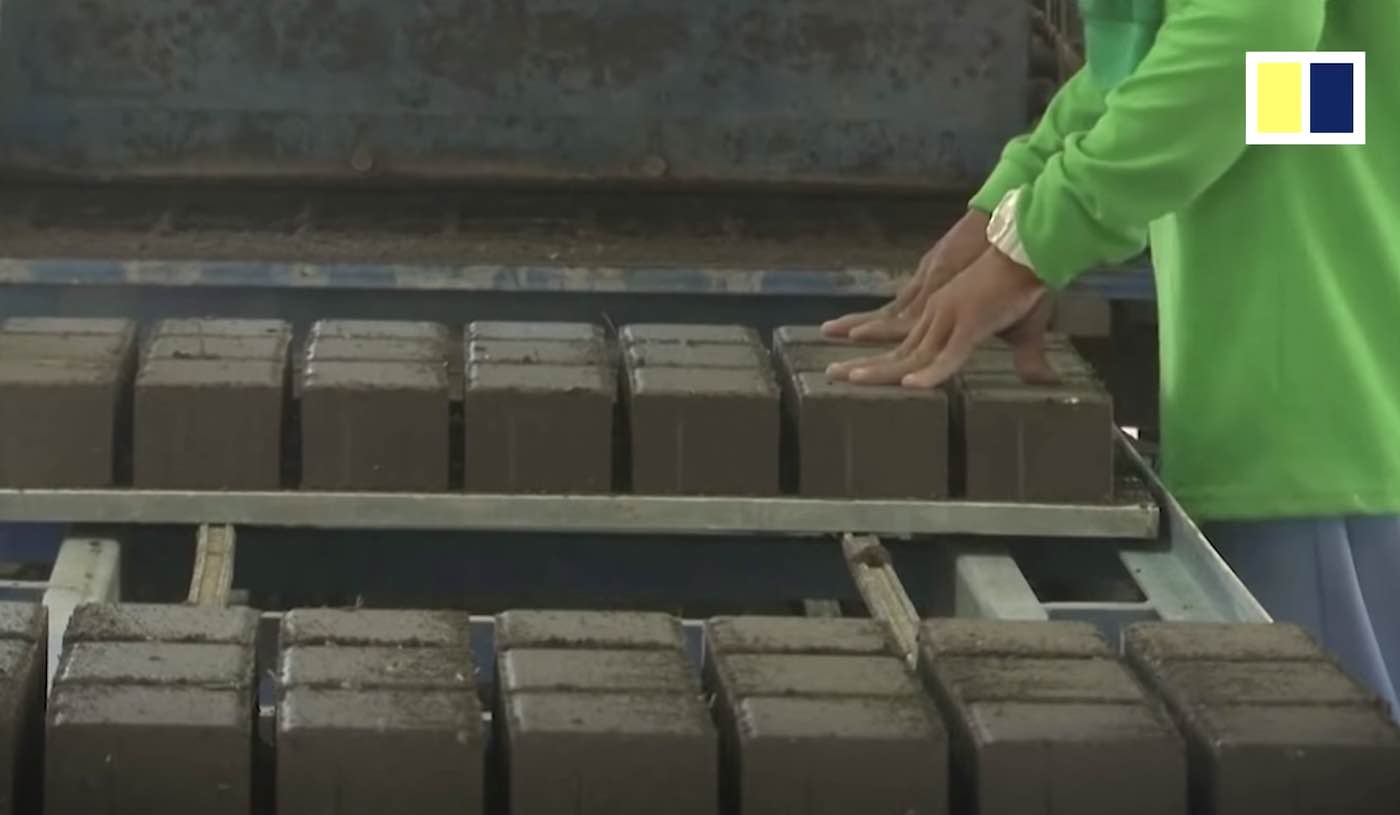 While a volcanic eruption doesn’t conjure many reasons for celebration, residents of Binan, Philippines have utilized the immense destructive power of nature and turned it into an unorthodox opportunity.

Tens of thousands of grey bricks, produced with the very ash from the recent eruption as well as cement and discarded plastic have been made for the purpose of repairing the parts of the city damaged by the eruption on January 12th, providing a short economic stimulus, and even reducing amounts of plastic in the city’s landfills.

After the Taal volcano erupted last week on the island of Luzon, the mayor of the city of Binan asked residents to collect the fine grey ash deposited all around the city by Taal and place it in sacks to be sent to a state-owned factory.

“Instead of just piling up the ashfall somewhere, we are able to turn it into something useful. And it includes plastics, too,” said city environmental officer Rodelio Lee, according to DW.

So far, 5,000 bricks are being produced per day, all of which contain some plastic waste in addition to the ash. In the midst of a natural disaster, Binan has essentially created a massive recycling opportunity.

“When the ash came, we thought we’d exchange the white sand which we mix with plastics to be converted into bricks with ash. We did it and they came out sturdy,” city Mayor Walfredo Dimaguila told Reuters.

“What we plan is to turn them into hollow blocks and bricks and sell them to interested companies,” he said, adding that the proceeds would be donated to residents affected by the volcano.

Positioned on the Pacific Ring of Fire, communities in the Philippines are often under threat from erupting volcanoes, with Taal being one of the most formidable in the region.

(WATCH the news coverage below) – Photo by Reuters