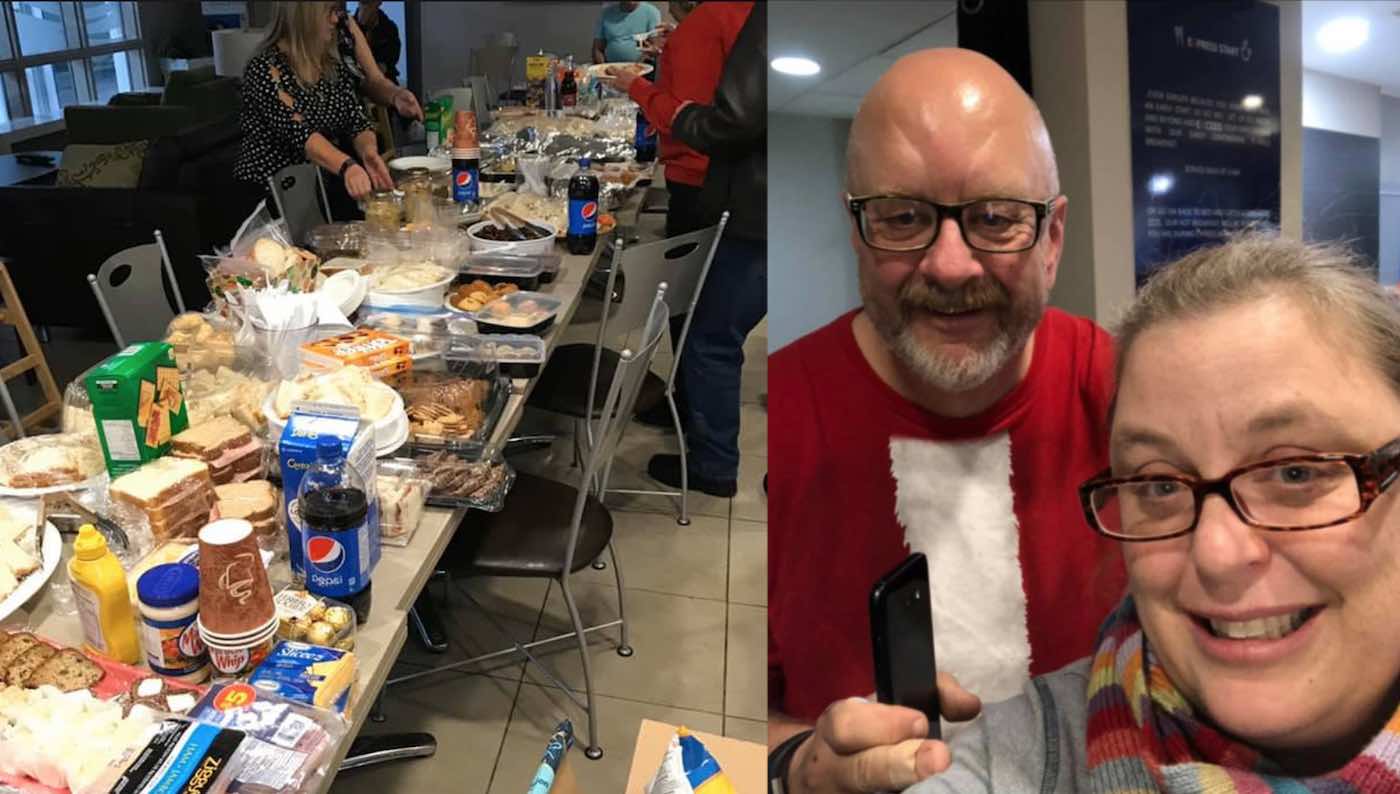 Some bad weather turned into the “best Christmas Day ever” for one Canadian who chose to give up hours of holiday fun with his family to help 75 stranded strangers.

High winds diverted a WestJet airline on Dec. 25, a flight intended for St. John’s, Newfoundland that only made it as far as Deer Lake on the other side of the island province—roughly 400 miles (600 km) from its destination.

Local resident Brian Snow was friends with one of the passengers and realized that due to the national holiday, all the restaurants and shops in town were closed.

On top of that, the hotel where almost 80 people had been dropped off had no restaurant. Mr. Snow, who happens to be the community services coordinator for the Salvation Army, posted a call to action on social media: “Let’s show the true Christmas spirit.”

Within an hour, the Facebook post was shared 60 times and the community had spontaneously organized a delightful potluck in the hotel lobby. Residents brought sandwiches, platters of their own turkey dinner leftovers, freshly baked breads, and, of course, lots of cookies and desserts.

“I, as well as my entire family are beyond thankful for the beautiful souls who helped make a Christmas away from home just that much better!” wrote Kate Sexton from St. John’s, with gratitude that her aunt and uncle were being cared for.

With their bellies full and their spirits renewed, the kindness from the Deer Lake community didn’t end at the dinner table.

Dave Power, one of the stranded passengers who was flying with his wife to be with family in St. John’s, told CBC News, “When we finished eating, they said as soon as you’re ready, let us know, and we’ll take you to the airport.”

They organized a motorcade to get everyone back to the airport for their delayed flight.

“It was truly like a ‘Come from Away Christmas’,” said David’s brother Robert Power on Facebook. “That’s what the season is all about.”

Power was referring to the Tony Award-winning musical Come From Away, which tells a similar true story of the small Newfoundland town named Gander where nearly 6,600 passengers were welcomed after the terrorist attacks of 9/11 grounded 38 planes there. The famous news story details the efforts of community members in Gander and surrounding towns who took care of the thousands of travelers in churches, schools, and community centers for several days.

SHARE the Story of Christmas Generosity With Friends on Social Media…